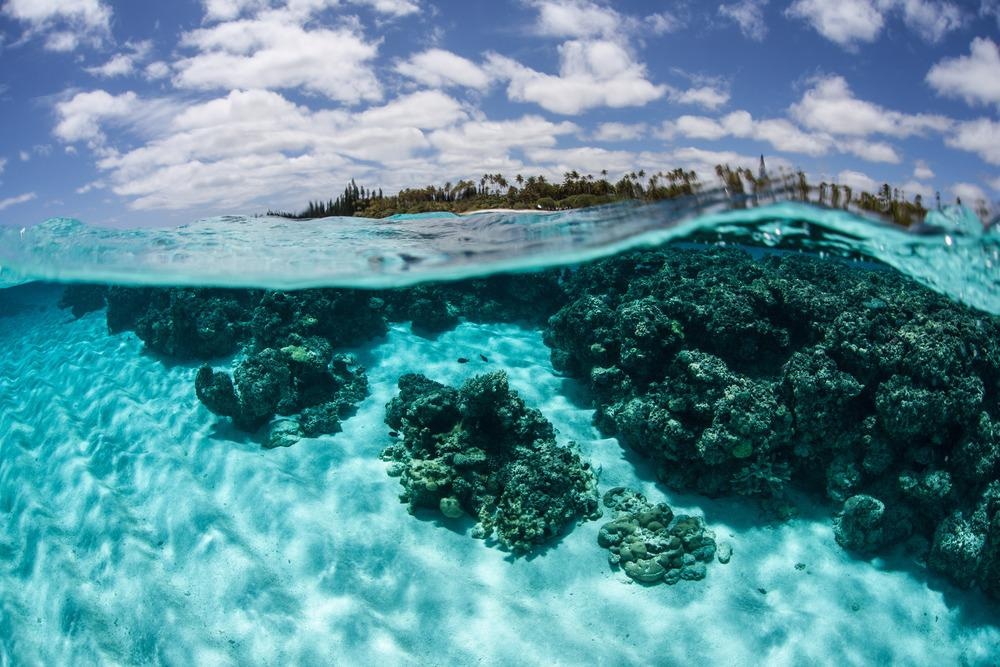 What role does biochemistry play in marine biology?

Although the subjects of marine biology and biochemistry may not seem like an obvious pairing, there are a lot of overlaps. The biochemical processes that specialized organisms have evolved to live in niche marine environments are a popular research topic.

From the production of specific toxins by cyanobacteria to the effect humans have on coral reefs, it is important to recognize the role that biochemistry plays in marine biology.

A specific type of bacteria, cyanobacteria, is known to be one of the oldest prokaryotes in existence and can perform both nitrogen fixation and oxygen photosynthesis, the photosynthesis most associated with plants. Cyanobacteria can function using the pentose phosphate pathway and carbon dioxide as the sole carbon source.

Cyanobacteria are responsible for oxygenating the Earth’s atmosphere and, through early symbiotic relationships, gave rise to the algae and plants we know today. Their ability to fix nitrogen makes them an important player in the biochemical nitrogen cycle in many marine and terrestrial environments such as agricultural lands and tropical oceans.

The wide range of cyanobacteria known to grow in a range of environments and therefore produce different metabolites. These metabolites depend on their environment such as temperature, pH or available dissolved phosphorus. The proportion of nitrogen in the environment also influences the compounds produced.

Toxin production is a defense mechanism used by many different organisms in many environments. Cyanobacteria are particularly known for their toxin-producing abilities due to their wide variety. There are 34 species of cyanobacteria belonging to 15 genera capable of producing toxins. These toxins include those that cause liver damage, brain damage, and heart failure.

Cyanobacteria blooms are known to occur regularly and in some cases can be harmful to populations dependent on or near the affected water source. It is for this primary reason that cyanobacteria can pose a significant public health and economic burden.

Although these toxins and other products can be harmful to people, some have been shown to have secondary uses in industry and as new treatments. They include various ultraviolet absorbing compounds such as scytonemin and other secondary metabolites.

Uses in health and ecological systems

The compound 2-hydroxyethyl-11-hydroxyhexadec-9-enoate has been isolated from cyanobacteria Leptolyngbya species LY19. Later, the compound was shown to have antibiotic properties against Vibrio harveyi and Vibrio parahaemolyticus. These species of bacteria are primarily pathogens of fish and invertebrates and are known to be a particular burden to the shrimp industry.

A peptide compound called dolastatin 12 that was originally isolated from sea hare Dolabella auricularia has been shown to have activity against nasopharyngeal cancer and colon adenocarcinoma cells found in humans. These compounds were later found in molluscs as a product of the cyanobacteria they had consumed.

Another compound found in marine life that is effective against human carcinomas is one of five polyene ketones isolated from an extract of Clathria (Thalysias) reinwardti, a marine sponge found off the coast of Vietnam. Of the five compounds, one was completely new, two had not been isolated from the environment before, and compound number five was highly cytotoxic against specific human malignancies.

Some of the compounds isolated from cyanobacteria have been shown to have anti-aging effects when tested on Caenorhabditis elegans, a common model organism. Phycocyanin is found in cyanobacteria and some algae and functions as a collector of sunlight. It is used in many different industries, including biotechnology and cosmetics. It has also been shown to extend the life of C.elegans by 13%.

The absorption of ultraviolet (UV) radiation by organic matter in marine environments leads to changes in the biochemistry of the environment, including the production of reactive oxygen species (ROS). These highly reactive chemicals have been shown to adversely affect microorganisms in the environment by damaging their membranes and affecting their ability to photosynthesize.

ROS are also produced in response to invertebrate stress. They also play an important role in the immune response of molluscs against prokaryotic and eukaryotic pathogens. Many marine arthropods, such as crabs and lobsters, have a varied defense response depending on their exposure to UV radiation, and therefore ROS, among other factors, including temperature fluctuations.

Temperature changes observed around the world due to global warming not only affect the production of compounds such as ROS, but also influence other aspects of marine life, such as coral reefs. They represent less than 0.1% of the surface of the ocean but are home to around 25% of all marine species.

The symbiotic relationship between corals and eukaryotic algal dinoflagellates is the basis of coral reefs. This important relationship can be easily influenced by temperature changes that lead to the death of dinoflagellates and the loss of the coral’s ability to photosynthesize. This phenomenon is called coral bleaching and is an increasingly common problem.

The additional pressure of urban and agricultural constraints on marine ecosystems, as well as the increase in global temperature, have accelerated the destruction of coral reefs and thus pose a serious threat to marine diversity.

How biochemistry can help the future

Although the destruction and bleaching of coral reefs is a pressing issue with dire consequences, the more research that is done and the information gathered, the better equipped conservationists are to fight it. The better we understand the biochemistry of marine biology and how changes affect it, the better we can prevent the loss of habitats and species.