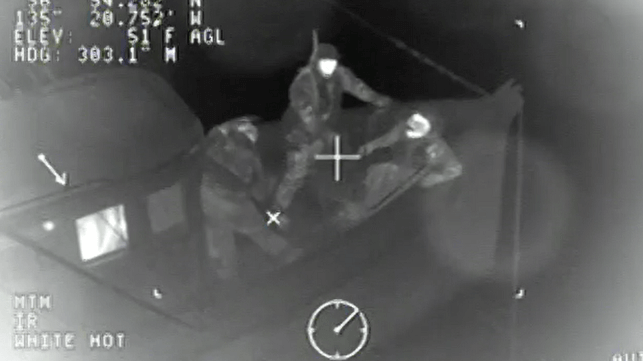 
The Coast Guard rescued two fishermen Monday from their sinking vessel in Islet Passage, a sheltered bay near Sitka, Alaska.

The lookouts at the Juneau sector command center received a call asking for help from the fishing vessel Glory around 2000 hours Monday. The command center dispatched a Jayhawk rescue helicopter crew to assist the vessel, which was located about nine miles south of Sitka.

At the scene, the sea was balmy at about 5 feet and temperatures were above freezing, but the wind was strong and blowing at 55 miles per hour. Upon arrival, the crew lowered a rescue swimmer to assess the vessel, which was taking on water. The fishermen were unable to stop the source of the flooding and the lifeguard advised the fisherman to abandon ship.

Using a rescue basket, the crew hoisted the two fishermen from the small foredeck of the boat around 9:00 p.m., leaving the Glory behind.

“This successful case highlighted the importance of sailor preparation,” said Lt. Cmdr. Scott Woodcock, the mission’s helicopter pilot. “The biggest challenge during this rescue was the high winds; however, the fishermen were well prepared with good communication and survival equipment.”

Glory is the second fishing boat to go down near Sitka in a year. The HAida Lady sank near Cobb Island just south of Sitka in March 2021, spilling diesel fuel. About 1,500 gallons of diesel were on board at the time of the sinking, and the operator contracted a local salvage company to help clean up.