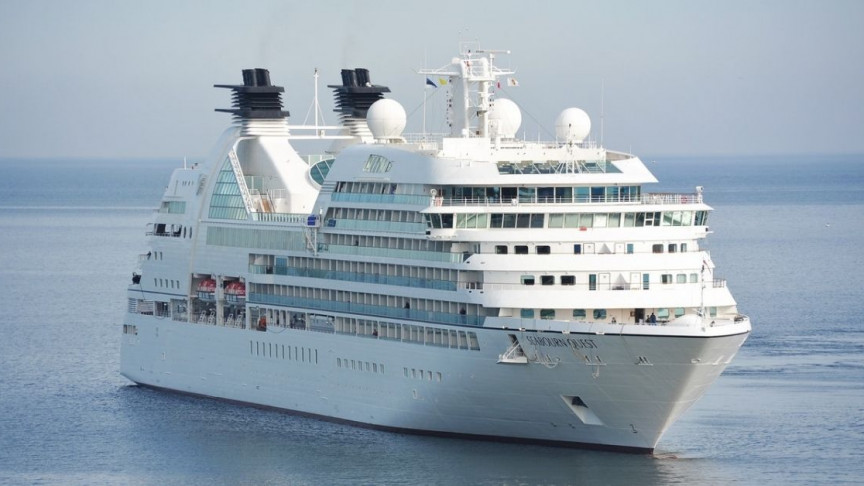 In a nutshell, a marine engineer is responsible for the design and construction of ships and ship components. They take care of the maintenance of the ship. They work with sea captains, other engineers and maintenance personnel.

Marine engineers work with all kinds of vessels. These include sailboats, tankers, submarines and aircraft carriers.

Marine engineers are responsible for the development and maintenance of ships that transport cargo to and from their destinations. They must ensure that ships are designed to withstand the harshest environmental conditions that can be encountered at sea.

Marine engineering graduates are also suitable for mechanical engineering jobs, among many other roles.

Due to the harsh environments they work in, to become a successful naval engineer, they must also develop communication and leadership skills.

Marine engineers are accustomed to using equipment such as engines, heaters, deck machinery, pumps or gear. Some of them focus on shipbuilding, system design, structural inspection, maintenance and repairs, and overall vessel functions.

For many decades, the average age of engineers who focus on shipbuilding design and operational functions has increased. Now that many of them are withdrawing from the workforce, we are left with significant gaps and massive skills shortages.

There are several avenues to consider if you are considering earning a master’s or doctoral degree. in marine engineering. These include naval architecture. Naval architects are responsible for all of the engineering and design of a ship and its propulsion systems. You may find yourself performing a wide variety of engineering-related tasks in this role.

Other jobs and specialties in marine engineering include offshore applications, hydrodynamics, and stability. All large ships built today will employ at least one person for each expertise, without their expertise the entire global ocean transportation system would be subject to countless errors.

The first requirement that a graduate marine engineer should have in order to get a job in this field is to have a passion for ships and the seas.

Traditional marine engineering jobs that involve working on board a ship includes naval engineering, naval combat engineering, and marine systems design. Doing this job means spending a lot of time on ships and at sea. You will likely encounter a range of dangerous situations at sea. So it is quite necessary to have a strong personality and leadership skills.

Professional organizations or societies are ideal for career advancement and personal development in marine engineering. These groups and communities were formed to share ideas, give and receive advice, and even find new jobs.

Some of these organizations are listed below:

As previously stated, the primary job of a marine engineer is to design, test, build, and repair anything you see in ships, boats, and submarines, among other warships.

A marine engineer can expect to be paid approximately median salary of $ 76,502 per year. The average salary may increase if the candidate has technical design training and experience. About 10% of marine engineers earn less than $ 44,000 per year and about 10% earn up to $ 144,000. Most marine engineers work in private companies and some work in government organizations.

A naval architect is an engineer responsible for the design, construction and repair of ships, boats, other vessels and offshore structures, both civil and military. These include submarines, offshore drilling platforms, warships, yachts and merchant ships.

The average annual salary for a naval architect is approximately $ 93,000; however, salaries tend to range from around $ 61,000 to $ 150,000. Salaries can also vary based on experience and the type of vessel the Naval Architect works on.

Marine engineers and naval architects generally work together. Their roles and responsibilities are similar in many ways, as a the naval architect does not only design the ship but also supervises the construction, inside and out.

A graduate in ocean engineering has an average starting salary of approximately $ 63,000 and a median salary of around $ 118,600. They have the technical expertise and skills to find solutions to ocean problems. Technically, ocean engineers apply a combination of different types of engineering, such as mechanical, civil, chemical in combination to solve different problems.

If you think this is a career worth pursuing then go for it, it is a challenging career, but also one that promises a lot of fun and great skills to acquire.

Today, the marine engineering industry has focused more on the construction and design of ships, boats, submarines and other watercraft. Could it be because so many new jobs have arisen with the increasing efforts of mankind in the study of water and marine life?

And there are so many marine engineering schools around the world that can provide you with the knowledge and training you need to start your successful career. Keep in mind that lifestyle is a big part of this career choice, for example, if you don’t currently live in a coastal city, you might not come across a lot of marine engineering career opportunities or in ocean engineering. Therefore, moving to another city may be necessary for your career path.

No matter what prompts you to become a marine engineer, love what you do is what will get you where you want to be. If you love the sea and want to spend time at sea, as well as developing solutions to naval and ecological issues affecting the sea, then this career may be for you.