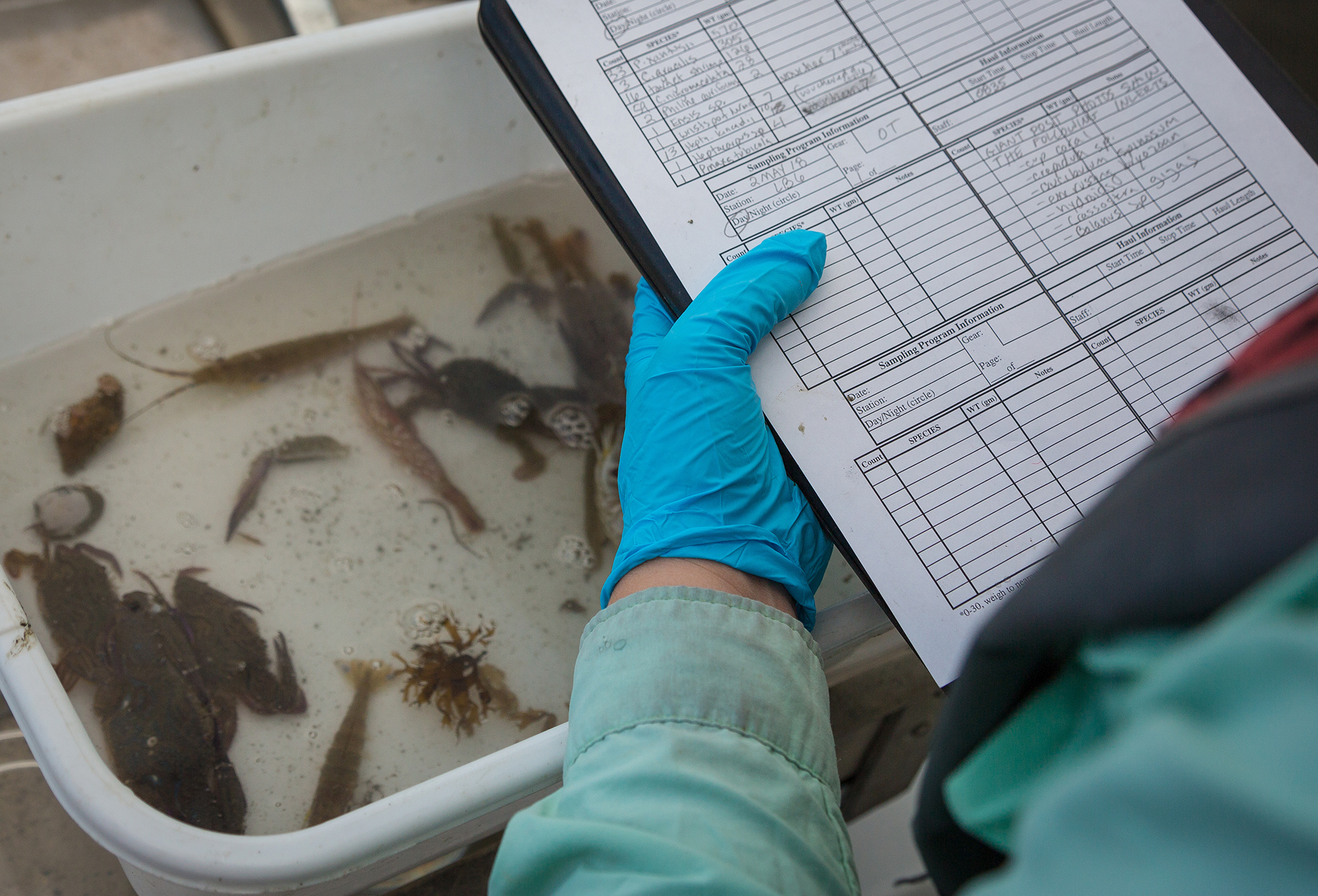 Plants and animals thrive in the ports of San Pedro Bay, despite sharing space with the largest port complex in the country.

A 2018 biological survey released in April identified more than 1,000 harbor-dwelling species around the ports of Long Beach and Los Angeles, the highest biodiversity recorded in more than two decades.

The presence of Garibaldi, sheep, horn sharks, moray eels and others show that shallow structured habitats such as the breakwater provide areas where fish can grow, feed and thrive, according to the report.

“Every investigation we’ve seen progress,” said Matt Arms, assistant director of environmental planning for the Port of Long Beach. “Seeing the growing abundance of pollution-sensitive species is an indicator of a healthy harbour.”

Kelp cover in the summer of 2018 more than doubled from any previous study and eelgrass was found at deeper depths than before, both essential for marine life to thrive, Arms said. .

Of the 10 most abundant bird species observed in the 2013 and 2018 surveys, three, the brown pelican, elegant tern and double-crested cormorant, are listed or proposed for listing as threatened or endangered. According to the report, the presence of these birds indicates that the port complex provides important opportunities for foraging and roosting.

Since 2006 and the introduction of the Port Air Quality Action Plan, particular emphasis has been placed on air quality in relation to port operations. But in the 1990s, the port launched its Healthy Harbor program with a focus on water quality, Arms said.

“It may not be front and center news now…but that doesn’t make it any less important,” Arms said. “The work continues, we still have staff and resources dedicated to it.”

In 2009, both ports adopted the Water Resources Action Plan, which outlined additional programs to improve water and sediment quality in the ports. Port water programs include the development of stormwater treatment and pre-treatment technologies that prevent pollution and debris from entering ports.

Additionally, the ports have implemented best practices for all operators that ensure good housekeeping protocols that prevent debris on the dock from ending up in the water, Arms said.

“We’re the sink downstream of Los Angeles, one of the most urbanized and industrialized watersheds,” Arms said. “It’s been a source of a lot of pollution that sets in and stays.”

Laws such as the Clean Water Act and permitting programs like the EPA’s National Pollutant Discharge Elimination System have had a significant impact on the amount of pollution entering ports via the LA River, Arms said. Reducing pollution not only benefits ports but also surface waters and water bodies across the country, he added.

Container ships using the ports are highly regulated, Arms said. To ensure that shippers comply with the regulations for unloading ships, ports have developed a guidance document explaining the do’s and don’ts. Additionally, the port connects ships to shore power, allowing them to shut down their engines while on shore and reducing particulate pollution from the water.

“[Improving water quality] is the right thing to do and part of our commitment to be an environmental steward. Arms said. “Every year, I say, but this was our most exciting survey yet and I look forward to… seeing even better results in the next one.”