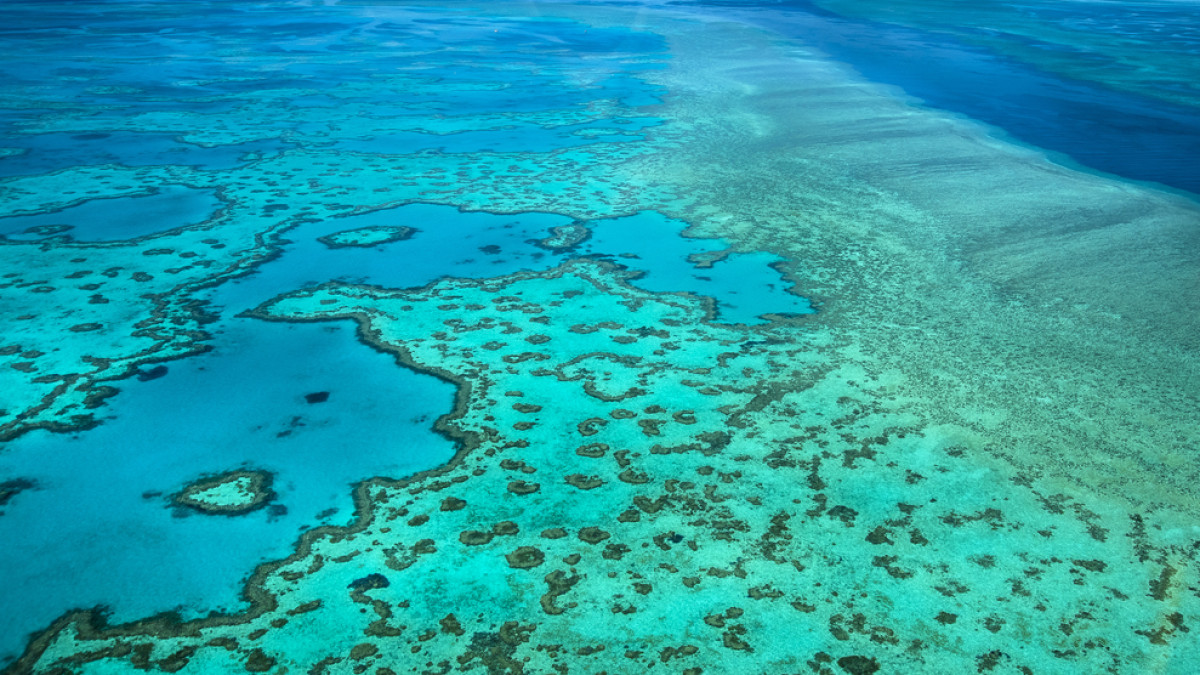 Slathering on sunscreen when we go to the beach or go swimming in the sea is something many people do to avoid sun damage. But these skin care products can be deadly to marine life forms like corals, studies show.

Coral reefs are already under threat due to warming waters and pollutants. This year, a study by an Australian government agency found that around 91% of the reefs along the Great Barrier Reef have coral bleaching. This is the sixth mass reef bleaching event on record and the fourth since 2016. Alarmingly, nearly every coral reef surveyed on the 2,300 kilometer system has been bleached.

Coral bleaching is a stress reaction in which the symbiotic algae that live inside corals are expelled, leading to starvation and disease. But it’s not just warming waters that are of concern. A daily essential in skincare, sunscreens also cause a lot of damage. Over the years, numerous studies have shown that sunscreens (and many other skincare products) affect corals and fragile marine environments.

Scientists have labeled oxybenzones, an ingredient found in sunscreen, dangerous to corals and marine life, leading to a ban on oxybenzone and other ingredients in countries like Hawaii, the Virgin Islands , Palau and Aruba. Incidentally, Thailand has also banned the use of sunscreen in all marine national parks in the country for containing chemicals harmful to corals.

Recently, Down To Earth reported that two environmental chemists studied the use of oxybenzone chemicals in sunscreens to analyze the impact of oxybenzone on sea anemones, which were taken as models for corals. Sea anemones and corals are classified as cnidarians and have similar biological processes, such as a symbiotic relationship with algae. In the lab experiment, he showed that oxybenzone turns into phototoxins, which remain harmless in the dark but become toxic in sunlight. Scientists have also discovered that the transformation of oxybenzone into phototoxin is part of the metabolic processes that any organism undergoes if it consumes a foreign substance. Also, inside the anemone, the chemical structure of oxybenzone – a specific hydrogen on an alcohol group – has been replaced with sugar. But oxybenzone is not a chemical that will become easier to excrete. Instead, it triggers chemical reactions that damage cells.

When they conducted these experiments on mushroom corals, they found that the oxybenzone converted into phototoxin was taken up by the algae inside the coral tissue. Since algae protect coral hosts from phototoxins, it is useful to know why coral bleaching is excessively harmful to coral life. As coral bleaching results in the expulsion of algae, phototoxins can easily be absorbed and make corals vulnerable to the lethal effect.

You might think that only people surrounded by coral reefs should worry about oxybenzone on their list. But everyone, including Indians, should be careful about using sunscreen that has oxybenzone in the ingredient list. As we dive the beaches of Andaman and Nicobar Islands or Lakshadweep, home to India’s coral reefs, we must understand that one’s harmful habits can lead to greater adversity. A few sunscreens these days are labeled as reef safe, which removes oxybenzone from the ingredient list. But more research should be done on alternative chemicals used in “reef-safe” sunscreens to truly protect marine life. It should not be that even alternative chemicals mimic previously banned chemicals.