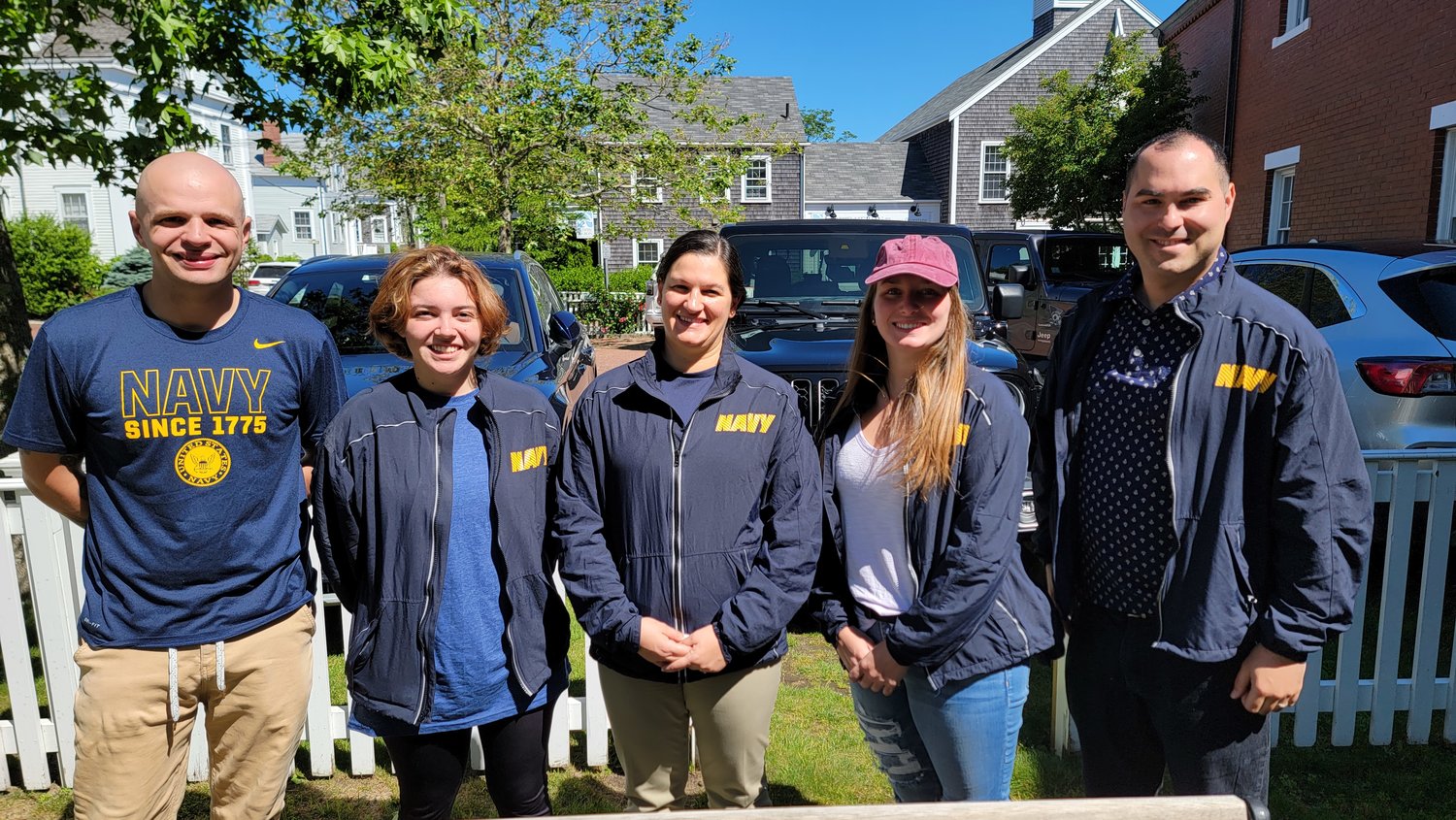 (June 20, 2022) Five senior officers of the USS Nantucket, one of the Navy’s newest Freedom-class combat ships, visited Nantucket this weekend. The ship could not make the trip, as its size, 378 feet, made access to the port precarious. However, the ship is expected to visit the island in the fall of 2023 along the southern shore, Commander Kari Yakubisin said.

“That way people can at least see it,” she said. “The plan is to come to the South Rim and go around.”

Yakubisin said she and the other four officers will take the knowledge gained on this trip and spread it among the crew of 84. The trip will also help them name things on the ship after people and places in Nantucket history.

Their visit is part of the Navy’s namesake city program in which officers go on a planned voyage to connect ships with the cities that give them their name.

On Tuesday, Yakubisin was scheduled to speak at a Nantucket High School assembly before departing with the rest of the crew.

Weier said Monday his favorite parts of the trip so far were visiting the Wharf Rat Club and visiting the Nantucket Whaling Museum. For Yakubisin, it was the Shipwreck & Lifesaving Museum, and some of the timeless lifesaving techniques documented there.

“There were systems they used that are similar to what we still use on the ship,” she said.

Officers said it had been a whirlwind trip, but they had time in the late afternoon and evening to explore and enjoy the island on their own.