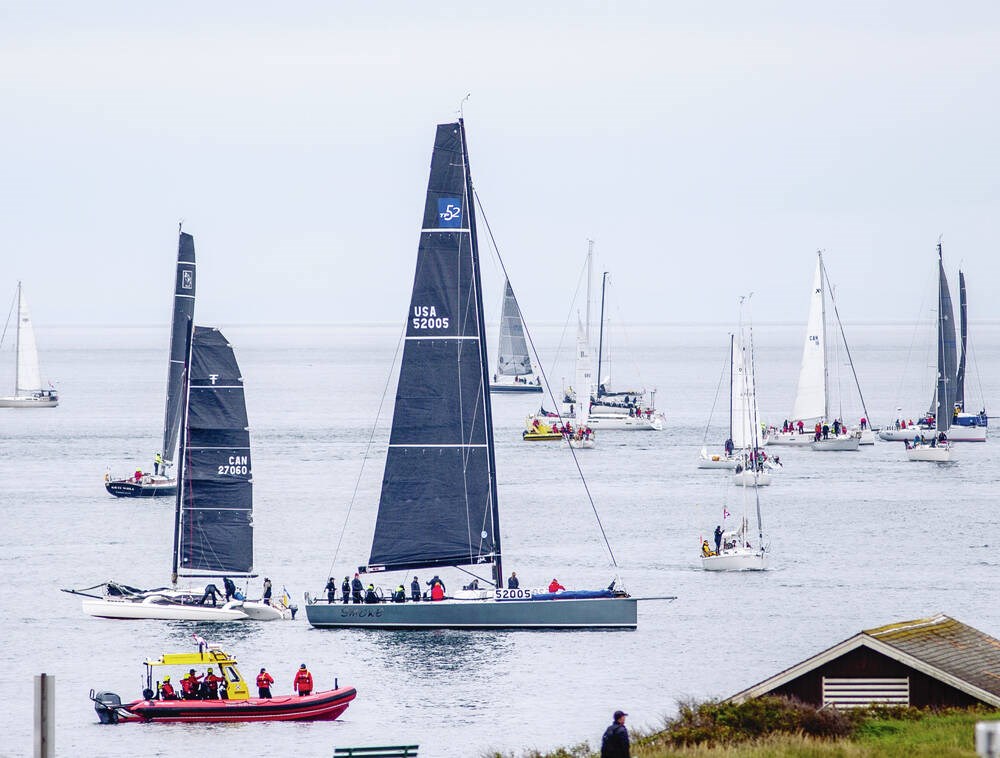 A protest by Swiftsure’s senior race director over the May 28 incident has been dismissed by Sail Canada, the sport’s governing body.

An inquest into the injury of a crew member at last month’s Swiftsure International Yacht Race has concluded that the skipper and crew of the Wind Child gave the sailor all possible help and acted responsibly.

A protest by Swiftsure’s senior race director over the May 28 incident in the Juan de Fuca race has been dismissed by Sail Canada, the sport’s governing body.

“It was something that was taken very seriously,” said Randy Diamond, president of Swiftsure Race.

“We had a process involved for a hearing to happen quickly enough, for very experienced people to decide.”

Three internationally accredited judges — two from Canada and one from the United States — investigated the case for Sail Canada.

Diamond reviewed the judges’ decision, edited it in layman’s language and released it Thursday.

Concerns arose after the child of the wind. based in Sequim, Wash., sent a Mayday distress call about the injury. The Joint Rescue Coordination Center dispatched the Canadian Coast Guard to the scene, where personnel discovered that a crew member, from Sequim, had been hit in the head by an arrow.

Maritime Forces Pacific said last week the boat was asked to head to the nearest port to Pedder Bay Marina but refused to do so and ended the race.

Judges found that the crew member was injured when the boat accidentally altered course in winds of 20 to 25 knots (37 to 46 km/h) in waves of one to two meters at midnight on 28 May at Race Passage, according to Diamond’s report. .

The crew aboard Wind Child administered first aid and comforted the injured sailor as the boat continued towards Victoria, he said.

When the Canadian Coast Guard‘s Cape Calvert arrived at around 0045, the Wind Child was approximately four nautical miles east of the entrance to Pedder Bay.

A separate marine incident report by the Coast Guard’s Marine Communications and Traffic Services, said the Mayday call reported that “a crew member was struck in the face by a swinging boom, (and was) conscious but panting/breathing and showing signs of shock.”

The Coast Guard is not conducting a formal investigation into the incident, an official said this week.

Weather conditions prevented the injured sailor from being transferred from the sailboat at Cape Calvert, according to Diamond’s report.

Coast Guard personnel and the skipper of Wind Child discussed the best destination to meet an ambulance.

The Coast Guard suggested Pedder Bay, but that would have seen the boat heading directly into the wind, lowering its sails and engine into the marina, with an estimated arrival time of around an hour. Pedder Bay is a small craft marina with a narrow, shallow entrance, not conducive to a 36-foot sailboat with a six-foot-deep keel, according to Diamond’s report.

The skipper was unfamiliar with Pedder Bay and “worried about entering a tricky, unfamiliar marina in the dark”, he said.

Instead, the Wind Child headed for the James Bay Coast Guard Station, crossed the finish line at Ogden Point and arrived at around 01:45.

A waiting ambulance took the injured sailor to Victoria General Hospital. He was later released and returned to Sequim.

Diamond said in an interview that the sailboat came ashore in about the same time it would have taken to reach Pedder Bay. Once in an ambulance, it took less time to get to the hospital than if the boat had docked in Pedder Bay.

The tribune determined that the sailboat’s skipper and crew provided all possible assistance to the sailor and acted responsibly. They did not break the World Sailing Safety Rule, according to Diamond’s report.

It was the first time the Swiftsure event had taken place after being postponed for two years due to the pandemic.

It attracted around 120 sailboats and Diamond expects more to participate next year.

Diamond said planning for Swiftsure 2023 – a popular annual event in Victoria – will begin in the fall.