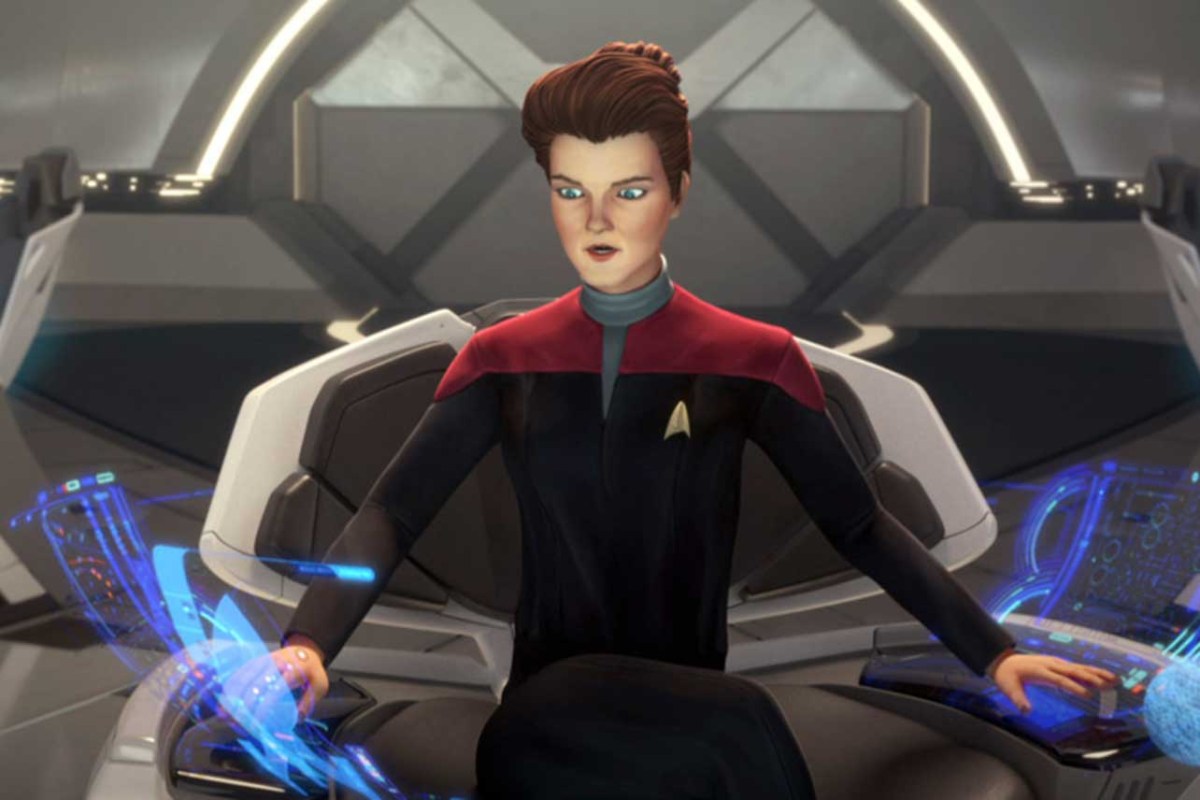 ‘Star Trek: Prodigy’ finally brings the crew together in a phenomenal midseason finale

Star Trek: Prodigy didn’t need to go this strong in the first five episodes of its Freshman season – but it does, ending today in a mid-season finale that finally brought the team together, facing faced with the main villain of the series, and managed to also pack in a lot of action and emotion.

Written by Julie Benson and Shawna Benson, and directed by Alan Wan and Olga Ulanova, “Terror Firma” picked up the cliffhanger of last week’s episode, with the young crew of the USS Protostar trapped on a sentient planet apparently determined to eat them. With the ship crashing miles away, Gwyn (Ella Purnell) was injured and the rest of the crew still didn’t trust her, they hiked overland to find the ship and screwed up the hell. planet.

While most of the episode was devoted to the planet turning its “whatever you want” dream philosophy from last week into a nightmare storyline, what makes the episode work, it just isn’t. not the lofty concept… It was the bond between the characters, which reached “I would die for each of these children” status in just five short episodes.

In particular, Rok-Tahk (Rylee Alazraqui), the bird / rock monster alien with a little girl’s voice, became one of the early favorites thanks to his combination of immense strength and deep insecurity. The last episode of her dream script was a bunch of little bunnies who unequivocally loved her. This episode, she laments that everyone sees her for her exteriors – yet she spends the entire episode with the gelatinous Murf (Dee Bradley Baker) straddling her shoulders, and Gwyn in awe of her strength and kindness, especially after having had an epic fight just a few episodes back.

Dal (Brett Gray), the self-styled leader of the crew, has also grown up and not only barks meaningful commands rather than feeding his ego, but also learns compassion for other crew members. This too is related to Gwyn, who was a friend (of sorts) around the time they were all imprisoned by villainous The Diviner (John Noble), but has since betrayed him on several occasions.

It’s actually only when The Diviner arrives and chooses the ship over his own daughter (that would be Gwyn) that he realizes that she is as lost and lonely as the others. He saves her, in a neat visual twist that makes the viewer think The Diviner is boarding the ship he wants so badly, when in reality it’s Dal. The diviner, meanwhile, has been deceived by the sentient planet and walks through a deadly tangle of vines. Thesilenceofthelambs, eat your heart. And thankfully, that leads to a beautifully animated scene where Gwyn and Dal come to a new understanding as they both watch and marvel at the beauty of the stars.

Even the gassy, ​​genderless Zero (Angus Imrie) came to realize that their obsession with the mysteries of the ship isn’t the issue, it’s the connection with the other beings around them. Although this leads to the biggest revelation of all: the USS Protostar gets this name because its engine is tied to a literal protostar, a giant gaseous baby that supercharges their ship and allows them to escape The Diviner’s massive spaceship at the end of the episode.

In fact, the only character who doesn’t really go through any major changes is Jankom Pog (Jason Manzoutkas), which is good, as he’s mostly here at this point for comedic relief. Somewhere down the road, I’m sure we’ll get some growth for the Tellarite antagonist, but there are enough powerful moments in the episode that we can forgive Pog for continuing to growl and stink the joint as he does. has done this for five episodes so far.

Prodigy will return in a few months for the next five episodes of season 1, and has already been picked up for season 2. This is great news, because in just five short episodes Prodigy has proven itself more than worthy of the name Star Trek; just as these children proved they were worthy to join the Federation.

Star Trek: Prodogie will be back on Thursday, January 6 on Paramount +.

Where to look Star Trek: Prodigy