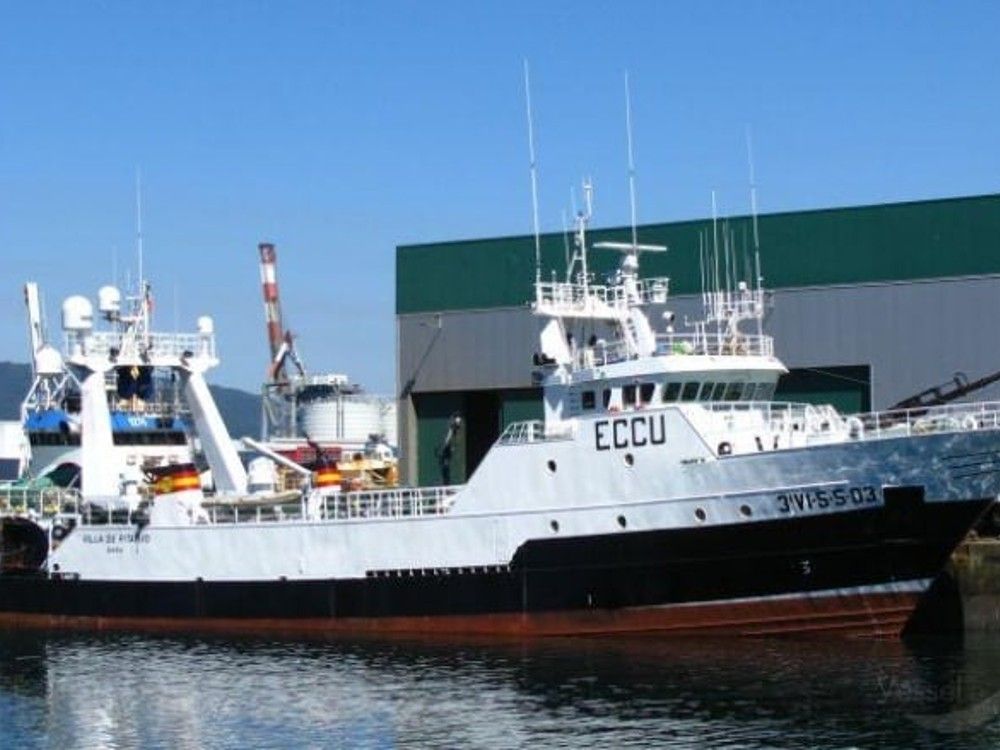 MADRID – At least seven crew members of a Spanish trawler are dead and three were torn from a life raft after their vessel sank about 450km off Newfoundland on Tuesday, an official said. as rescuers searched for other survivors in the bitterly cold Atlantic waters.

The Spanish freezer trawler, registered in 2004, was named Villa del Pitanxo by the daily El Pais, which said it had a crew of 26, made up of 16 Spaniards, five Peruvians and five Ghanaians.

The Villa de Pitanxo launched an emergency beacon at 04:24 GMT, the Spanish Ministry of Fisheries announced. It sank about 450 km east-southeast of Newfoundland, the department said.

“Seven people were found dead,” said Alberto Nunez Feijoo, the head of Spain’s Galicia region, where the ship and several of its crew were from.

“There were two Galician fishing boats in the area and they were the ones that recovered most of these bodies,” he told reporters.

Rescuers had sighted four of the ship’s life rafts. They had managed to reach three and were still trying to reach the fourth.

“Two were completely empty and in one of them there were only three survivors in hypothermic shock because the water temperature is terrible, very low,” said Maica Larriba, national government official. .

“We were told there were bodies.”

Lieutenant-Cmdr. Brian Owens, a spokesman for the Joint Rescue Co-ordination Center in Halifax, said a distress signal was received just after midnight from a vessel more than 460 kilometers east of St. John’s, NL

Owens said a Cormorant helicopter, a C130 Hercules aircraft and the Canadian Coast Guard vessel Cygnus are searching, along with several boats that are nearby, although visibility is reduced and there are seas of four meters.

The vessel was on the Northwest Atlantic Fisheries Organization fishing grounds where it fished for Greenland halibut, ray, redfish, northern prawn and cod, the newspaper reported. .

Spokeswoman Isabel Rodriguez told a press conference that the Spanish government was in coordination with the Joint Rescue Coordination Center in Halifax. A Canadian helicopter had reached the area and a rescue vessel was en route to the site, Rodriguez said.

Based in the town of Pontevedra, in the northwest region of Galicia, the Nores Group has fishing vessels operating in the South Atlantic, off the Canadian coast and between Mauritania and Guinea-Bissau.

With additional reporting from The Canadian Press

Sign up to receive daily news from The Province, a division of Postmedia Network Inc.

Thank you for your registration!

A welcome email is on the way. If you don’t see it, please check your spam folder.

The next issue of The Province Headline News will soon be in your inbox.

We encountered a problem during your registration. Try Again