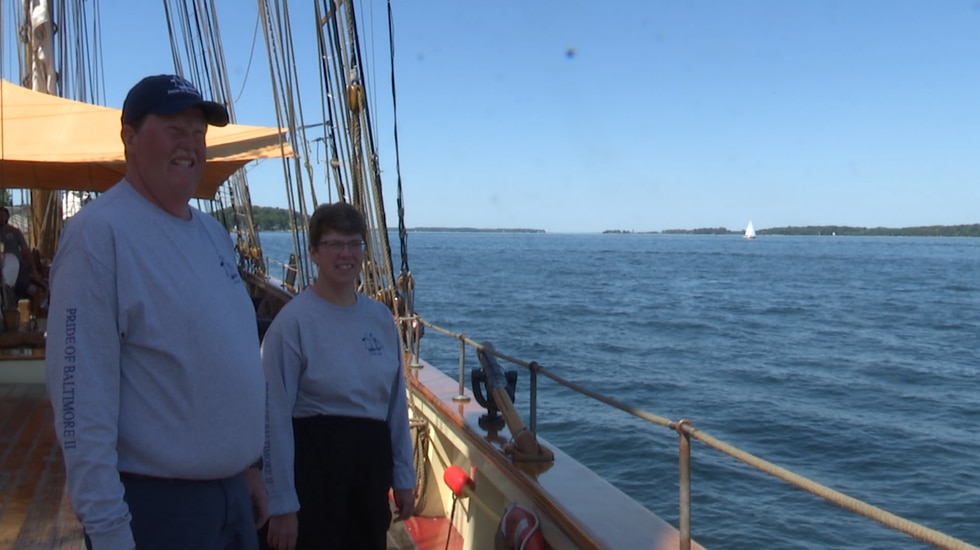 Pride of Baltimore cruises the St. Lawrence River with a guest crew

WATERTOWN, New York (WWNY) – The crank of a sail line pulled by a mechanism used when there is not enough manpower.

It takes a whole crew to start this ship, the Pride of Baltimore II.

Ken and Carol Kozin are part of the crew invited on board.

“It’s not a vacation because they work you and you’re treated like the crew,” Carol Kozin said.

Carol and her husband Ken were on the boat for ten days. They caught the ship in Nova Scotia and sailed down the St. Lawrence River.

The Pride of Baltimore II represents the original ship that was used in the War of 1812. She now sails to promote Baltimore’s history.

An experience that Carol says is special for her since she grew up by the river.

“When we passed through the Lisbon area where I grew up and then through Ogdensburg, we stayed awake,” Carol said.

For Carol, it was her first time as a crew member on a ship, but for Ken, boats and sailing are second nature.

Ken says this is his fourth trip as a guest crew member on a ship.

The Kozins have learned a lot about how to not only navigate a ship, but how to keep it floating.

They also learned a technique called cleading the line, which prevents the front sail from shifting during work.