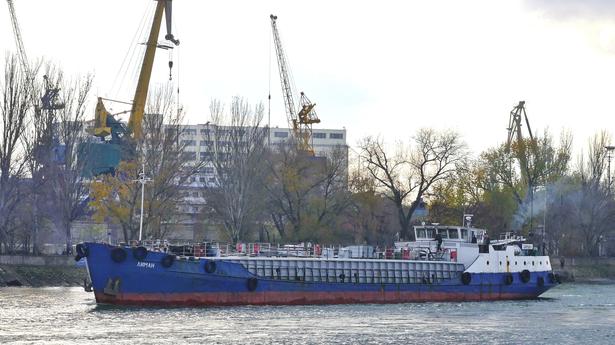 Tunisian authorities stepped up their efforts on Saturday to avert an environmental catastrophe after the sinking on Friday off Gabes of a fuel merchant ship carrying a thousand tonnes of fuel.

The Tunisian navy rescued the seven crew members of the vessel, which was heading from Equatorial Guinea to Malta, and sent out a distress call seven miles from the southern town of Gabes, the sources added.

The cause of the incident was bad weather, the environment ministry said, adding that water had seeped into the ship, reaching a height of two meters.

The crew of the ship Xelo had made a distress call on Friday evening and had taken refuge in Tunisian waters against bad weather before sinking in the Gulf of Gabes in the morning, authorities said.

Environment Minister Leila Chikhaoui said on Saturday that “the situation is under control” in an interview broadcast on state television.

“There are minimal leaks, which are not even visible to the naked eye and fortunately the oil evaporates, so there should be no disaster in the Gulf of Gabes,” said Mohamed Karray, door-keeper. word of a Gabes court.

The tanker is 58m long and 9m wide, according to ship monitoring website shiptracker.com.

It began to take on water about 7 km offshore in the Gulf of Gabes and the engine room was engulfed, according to the ministry statement.

He said Tunisian authorities had evacuated the seven-member crew.


Ms. Chikhaoui was traveling to Gabès “to assess the situation… and take the necessary preventive decisions in coordination with the regional authorities”, according to a press release from the ministry.

The authorities have activated “the national emergency plan for the prevention of marine pollution with the aim of controlling the situation and preventing the spread of pollutants”.