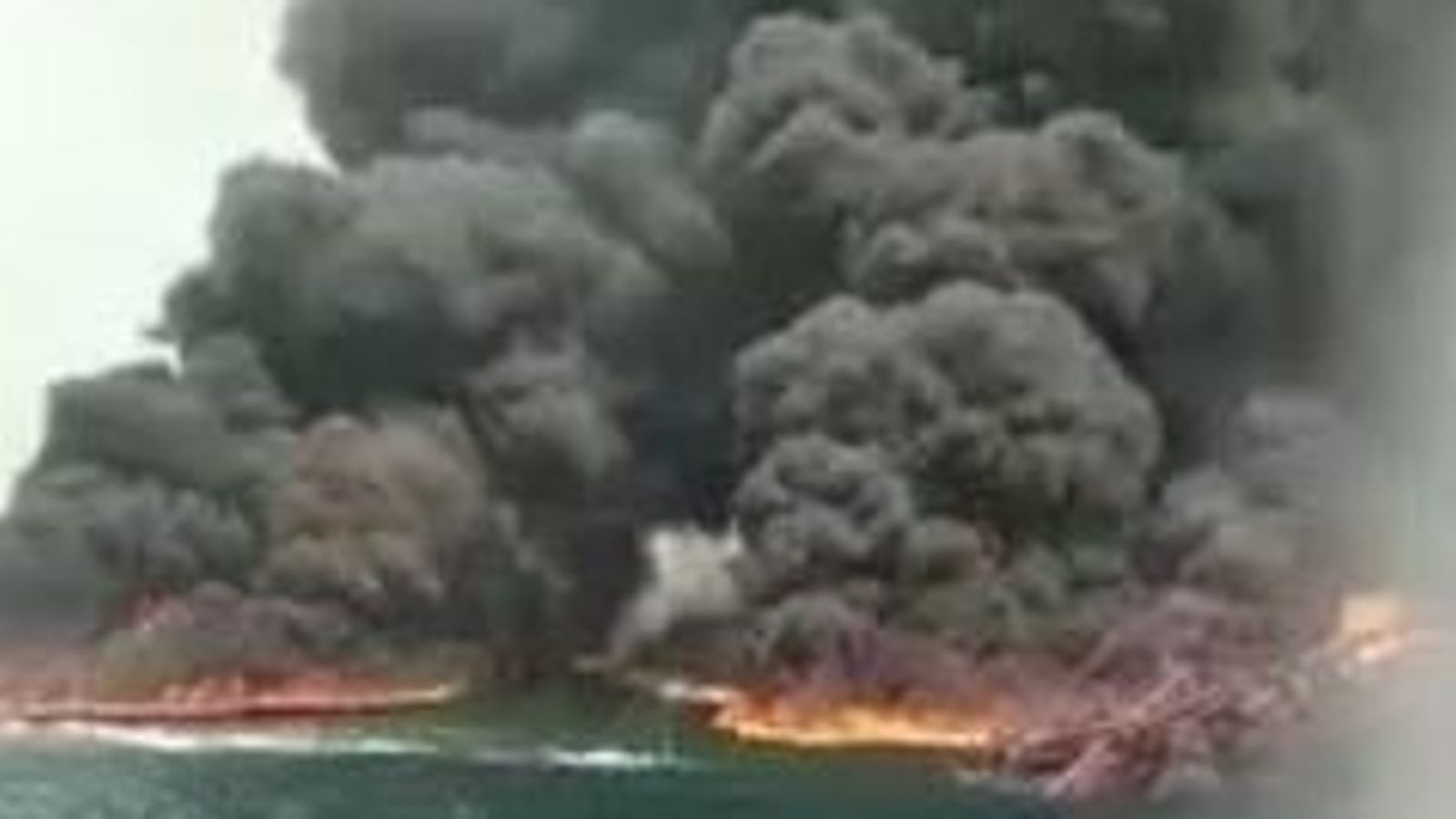 A production and storage vessel that can hold up to two million barrels of oil has exploded off the coast of Nigeria with 10 crew members on board.

The FPSO Trinity Spirit, which can process up to 22,000 barrels of oil per day, was located near Warri in southern Nigeria when it caught fire.

The vessel, which is also used for offloading, is owned by Shebah Exploration & Production Company Ltd (SEPCOL), whose chief executive Ikemefuna Okafor said there were no immediate fatalities.

Footage circulating on social media shows the sinking ship as huge clouds of thick black smoke rise into the sky.

The footage also appears to show water being sprayed on the fire from another vessel.

“We can confirm that there were 10 crewmen on board (the FPSO Trinity Spirit) prior to the incident and we are prioritizing investigations into their safety and security,” Mr Okafor said.

He added that investigations were underway to establish the cause of the explosion in the early hours of Wednesday, while attempts to contain the situation were underway with the help of local communities and Chevron, which owns a facility. near.

SEPCOL is in receivership, a form of bankruptcy protection.