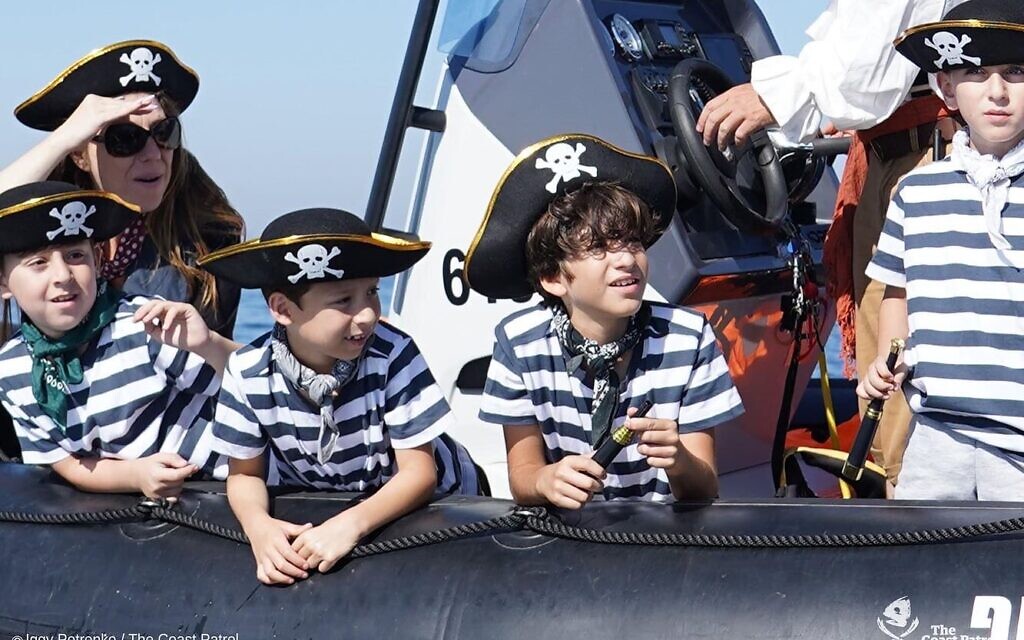 Avast you, all aspiring pirates and sailors! Want to learn more about marine life? This could be for you!

The Coastal Patrol, a marine conservation organization that runs entirely on volunteers, is launching a weekly program to take children and teens out to sea to learn about Israel’s marine environment and the threats to it.

The young swordsmen wore pirate clothes and even met a mermaid, who told them about her sailor friends.

Weaving learning into an adventure, each 90-minute journey will focus on the biodiversity of the sea and the many threats to it, from pollution and plastic to abandoned fishing gear.

Several dozen children have already enrolled in the Ashkelon area and one high school has expressed interest, although it will require a different teaching approach, according to Coast Patrol co-founder and director Joseph Segal.

Segal said the organization, which hopes to recover children from other locations, is approaching schools and other settings and would welcome all young people, including those with special needs.

The Apparat can only accommodate seven young people at a time, the patrol is looking for an additional boat to increase this number.

Outings will take place free of charge, after school hours.

Further details can be obtained from the Coastal Patrol website.

Israeli cuisine is taking the world by storm. Here is your chance to participate…

The Times of Israel community is thrilled to present our new virtual kitchen series, B’teavonwhere world-renowned chefs show you how to prepare classic and modern Israeli dishes.

Learn more Learn more Already a member? Log in to stop seeing this

You are a dedicated reader

We’re really glad you read X Articles from The Times of Israel over the past month.

That’s why we started The Times of Israel ten years ago – to provide discerning readers like you with must-read coverage of Israel and the Jewish world.

So now we have a request. Unlike other media, we don’t have a paywall in place. But since the journalism we do is expensive, we invite readers to whom The Times of Israel has become important to support our work by joining The Times of Israel community.

For just $6 a month, you can help support our quality journalism while benefiting from The Times of Israel WITHOUT ADVERTISINGas well as access Exclusive Content only available to members of the Times of Israel community.

Thanks,
David Horovitz, founding editor of The Times of Israel