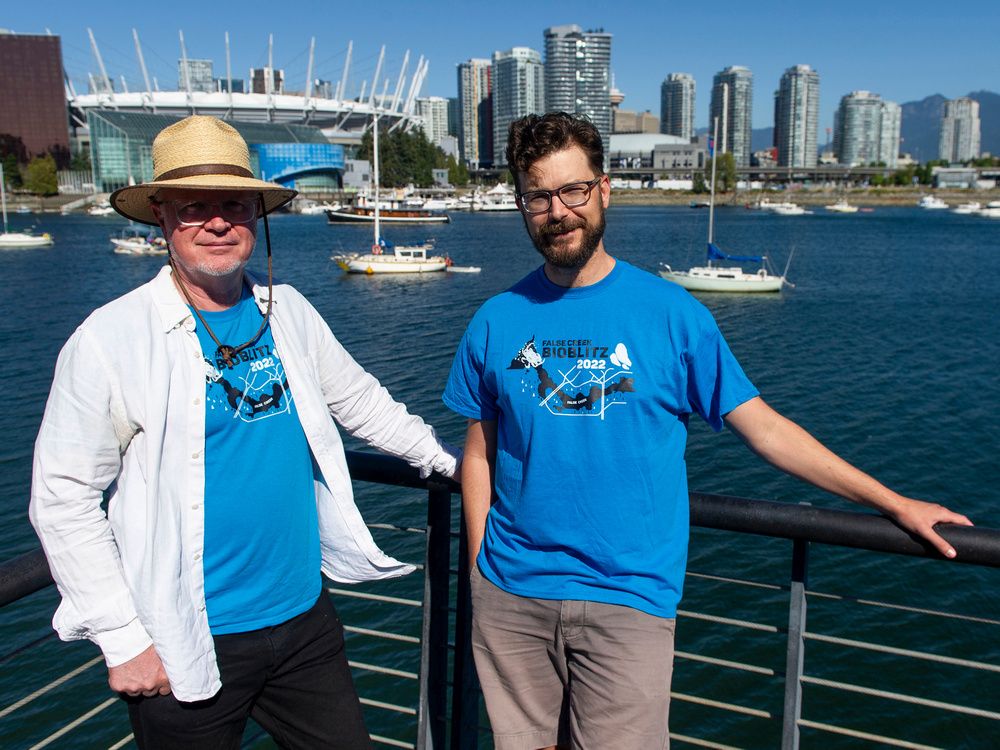 The thought of swimming in False Creek today conjures up images of emerging from the water table with sewage, but concerned scientists and locals hope to make the waterway safe for divers again one day.

Scientists at the Hakai Institute have spent the past six days collecting data to establish a baseline, while locals hope that one day False Creek will become some sort of protected environment.

Start planning your weekend with our team of writers’ expert recommendations on what to cook, where to dine and the perfect wine pairing delivered straight to your inbox Thursday lunchtime.

Thank you for your registration!

A welcome email is on its way. If you don’t see it, please check your spam folder.

The next issue of West Coast Table will soon be in your inbox.

We encountered a problem during your registration. Try Again

“There are many ways to do it, maybe like a park or like a protected area or something like that,” said Tim Bray, co-founder of the False Creek Friends Society. “We’re just united by the feeling that this is a piece of jewelry that just needs a little polish.

“All of these potential outcomes that we’d like to see, what they all have in common is that any kid could go there if it’s warm enough and swim wherever they want.”

Why no one would at the moment begins with the filling of much of False Creek and its tributaries for industrialization, and the fact that today False Creek is flooded with sewage dumped by boats and storm sewer overflows and, being at the end of the line so to speak, is not washed away as well as areas opened up by the tide.

Two years ago, for example, the levels of E. coli measured at the Olympic Village were four times higher than the maximum deemed safe by federal regulations.

But hope is not lost.

Scientists collecting the data as part of a project called BioBlitz, led by lead researcher Matt Whalen of the Hakai Institute, were pleasantly surprised by the life they found underwater with their remote-controlled vehicle, including an octopus, a salmon, a stickleback, Dungeness crabs, fruit bats and schools of anchovies.

A video of a crab and shark tugging at a piece of bait is classic.

“I think that’s half of the narrative that we kind of have to change a bit,” Whalen said. “I think there’s still a long way to go before False Creek stops, but I’m really happy… just looking in the water around here for the past few days.”

Whalen hopes that by connecting certain dots, including biodiversity, water quality and sediment contaminants, the study will be able to provide an up-to-date boost in the health of False Creek.

“It can be quite, quite unpleasant, like very dirty and muddy conditions on the bottom,” Whalen said. “And yet we caught some good plankton and we saw an octopus in a glass bottle one day and that was very close to the scientific world. So… the water is not pristine, but for an area that doesn’t doesn’t get a lot of exchanges (mareaux), she hangs on, it’s amazing how resilient life can be.

“We see that here in full screen.”

Bray said he wasn’t shocked to learn the water was richer than previously thought.

“Those of us who spend a lot of time here weren’t surprised because…there are these harbor seals swimming around that are big with shiny coats and shiny eyes, right? ?”

Making False Creek something of an urban marine park with safe water to swim in, Bray thinks, is a no-brainer.

“There are half a million people who can walk there,” he said. “There are still two or three million people for whom it is an easy journey. It could be a total tourist magnet, one of the brightest things.