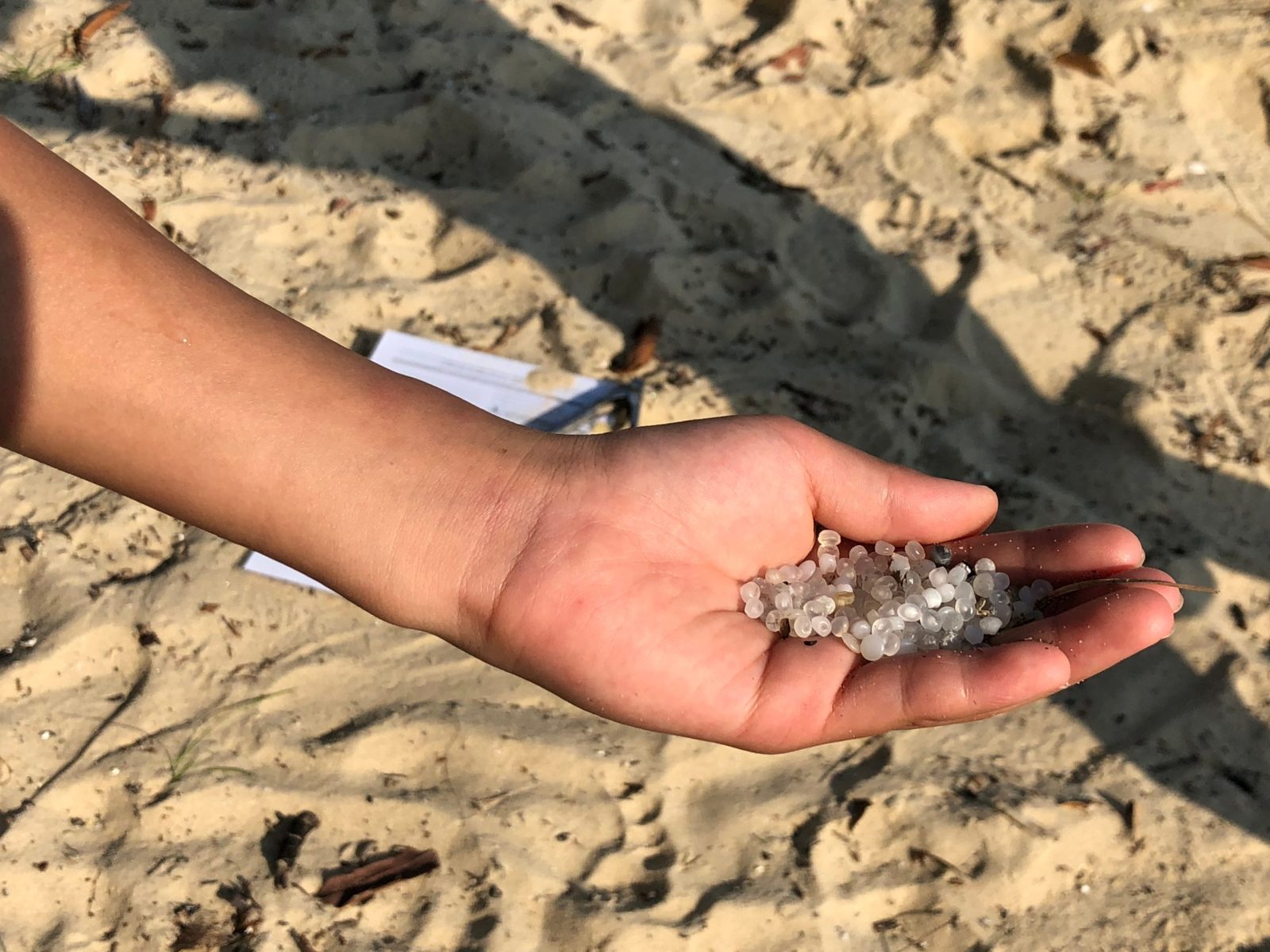 Chances are you’ve seen nurdles on a beach, along a river, or even just about anywhere. Nurdles are small, round, off-white, and lentil-sized.

A nurdle is a small, lightweight plastic pellet that is the building block of almost all plastic products. Nurdles are produced from natural gas or petroleum and shipped to plastic factories around the world. They’re melted and poured into molds for things like water bottles, food packaging, auto parts, medical devices, and countless other products.

Public funding gives us a greater chance to continue to provide you with high quality content.Click here to support us

Nurdles greatly affect marine life as many animals may mistake them for food such as seabirds, fish, and shellfish. Due to their small size and color, they can often resemble fish eggs which attract marine life. When animals eat these teddy bears, they can get stuck in their stomachs and cause ulcers or prevent them from eating. The toxic chemicals they contain are extremely harmful to animals, and the chemicals can enter their bodies and become fatal.

Nurdles are not biodegradable but over time they deteriorate. According to the Breaking The Plastic Wave report, nurdles are now the second largest source of ocean microplastics after tire dust. These pellets can even alter the temperature or permeability of the sand, which affects many animals that incubate their eggs on beaches, such as sea turtles.

So why aren’t government agencies doing anything to stop the problem of nurdle spills? Nurdles are not officially classified as pollutants or hazardous materials, so many organizations have no responsibility to clean them up. It’s a huge gray area. To make matters worse, spills are often extremely difficult to determine where they came from.

Nurdles are so small and light that they often get lost in transit or even just pour down factory drains during production. A major problem is the large spills that often occur during transit when these billions of pearls are shipped around the world.

In May 2021, the MV X-Press Pearl, a container ship near Sri Lanka caught fire and sank. The ship has nurdles on it and around 1,680 metric tonnes of nurdles spilled into the sea. The UN called it the biggest plastic spill on record. However, nurdle spills were nothing new. In the United States in 2020, a ship docked in the port of New Orleans was rocked during a storm and a container of hundreds of millions of nurdles fell into the Mississippi River. The shores were covered with white pearls and even floated towards the Gulf of Mexico. These beads can eventually blend into sand, rocks, and other debris and are nearly impossible to clean up once they spread through the environment.

These massive spills have led organizations and governments to fight for the International Maritime Organization to finally force industries to take responsibility and work to prevent these mass pollution events. Companies need to put preventative measures in place to catch nurdles and in general, stay away from plastic!

According to Nurdle Hunt, more than 220 marine species ingest plastic debris. More than 260 million tons of plastic were produced in 2021, which weighs more than the total weight of the human population. Nurdles are characterized as microplastics from the start of production due to their size. Recently, study after study has revealed that microplastics are everywhere.

Thankfully, it seems many people are finally seeing the horrible impact plastic has on the environment and public health. California recently became the first state to develop a microplastics plan as Michigan Tech researchers found a way to turn plastic waste into protein powder. Starbucks is even moving away from single-use plastic!

Microplastics have been found everywhere, from Mount Everest to the depths of the oceans, and have even been found in the placentas of pregnant women. It’s more important than ever to move away from single-use plastic. Not only is it horrible for the environment, but now studies like this are revealing how devastating they can be for human cells. Through food, air, and other means, we are constantly consuming tiny plastic particles.

Some products you use or your habits can contribute to plastic pollution. Learn more about how using tea bags, cotton swabs, washing powder, contact lenses, glitter, and sheet masks is polluting our oceans so you can make more informed decisions at home. the future. Many simple actions and switches can help eliminate plastic from our lives, including making your cosmetics, shampoo, toothpaste, soap, household cleaners, using mason jars, reusable bags/bottles/straws, and avoiding microbeads! Please also sign this petition to join the fight against plastic pollution!

Public funding gives us a greater chance to continue to provide you with high quality content.Click here to support us

For more content about animals, earth, life, vegan food, health and recipes published daily, subscribe to the Newsletter A Green Planet! Also don’t forget to download Food monster app on the App Store or Google Play Store. With over 15,000 delicious recipes, this is the largest resource of meat-free, vegan, and hypoallergenic recipes to help you reduce your environmental footprint, save animals, and get healthy!

Finally, public funding gives us a greater chance of continuing to provide you with high-quality content. Please consider support us by making a donation!