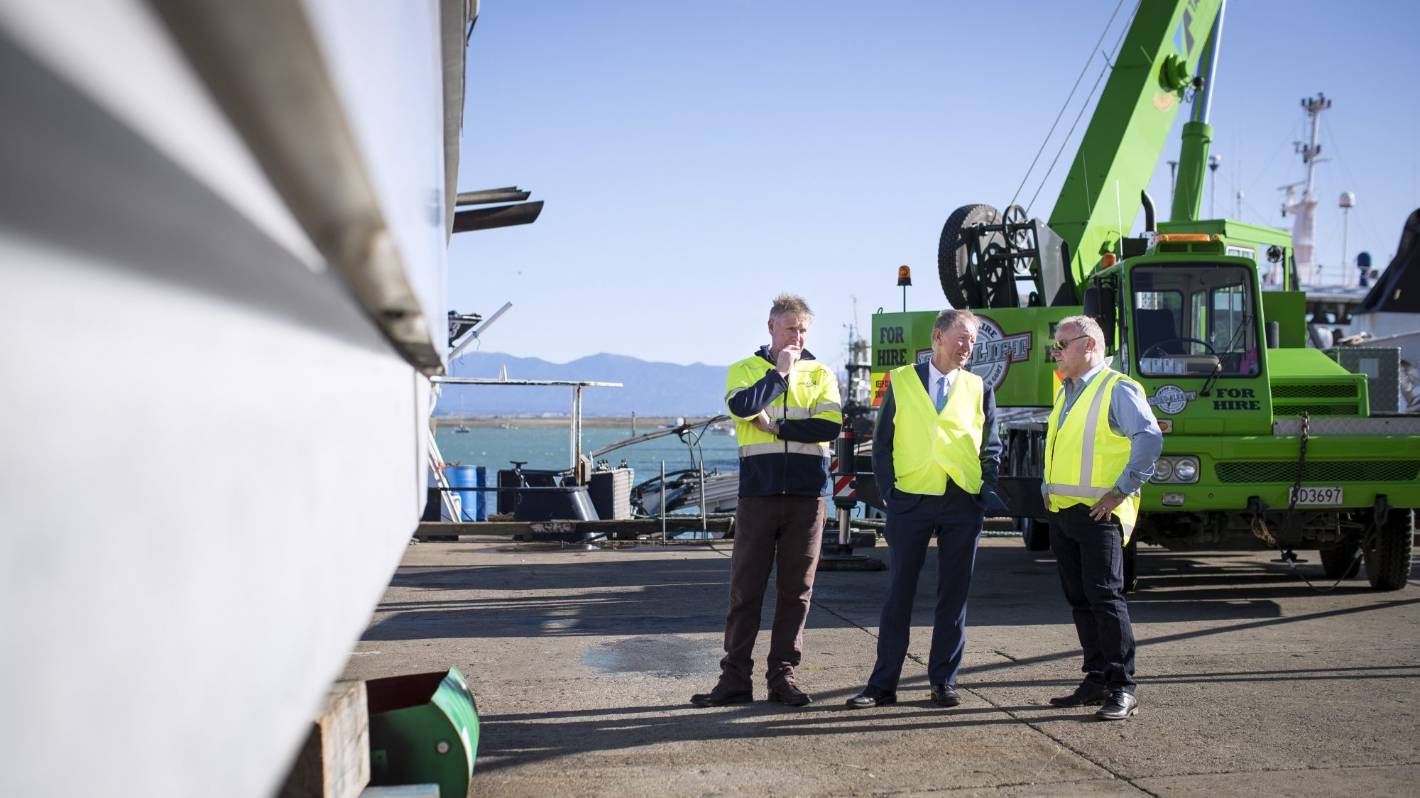 The marine engineering work in Nelson was saved on Tuesday by confirmation that a damaged US vessel could be repaired by the Aimex Service Group team.

Aimex chief executive and founder Steve Sullivan said there was a lot of relief and smiles at the base of his business in Port Nelson when it was learned Tuesday afternoon that a border exemption had been granted to Captain Vincent Gann, a tuna boat in need of urgent repairs. .

â€œThere are a lot of happy faces around,â€ Sullivan said, adding that the news meant jobs would be saved at his company, which had more than 100 employees.

â€œIt’s great to be able to get back to the job at hand rather than trying to put on a bandage all the time,â€ he said.

Some details including visas for Captain Vincent Gann’s crew still had to be worked out “but it should be a formality now”.

Sullivan this month made public his concerns about a government ban on international ships due to the Covid-19 pandemic. He said the ban meant around 40 jobs were at risk at the company he founded in 2009, which received around 40% of its income from international refits and repairs.

At the time, Captain Vincent Gann was at sea in the Eastern Pacific and in need of repair for a gearbox problem, which is expected to take about six weeks and bring in about $ 600,000 to Nelson’s economy. at large.

The ship’s last stop was American Samoa, which had not reported any cases of Covid-19 and had closed its borders at the end of March.

Sullivan said on Tuesday that the issue with the gearbox has since deteriorated. He expected it would take another three weeks before he reached Port Nelson, including “14 days minimum” at sea to cross the Pacific.

Nelson MP Dr Nick Smith, one of many who attempt to examine the entry of ships on a case-by-case basis, said the green light for Captain Vincent Gann was good news for Nelson.

â€œBoth for the $ 600,000 of work on this ship, but also for the hundreds of employees who work in Nelson’s marine industry,â€ said Smith. “This was a test case of our border controls and making them work practically for this important industry.”

However, the case should have been settled three weeks ago.

â€œIt was a no-brainer,â€ Smith said. “I regret the uncertainty this has caused.”

Nelson Mayor Rachel Reese, who also lobbied for the exemption, said it was great news for the marine engineering industry, and she appreciated the “direct help” her office has given. received from the office of Minister of Economic Development Phil Twyford on the matter.

Others have also come on board to lobby for a maritime exception for ships in need of repair, including Nelson’s Labor candidate Rachel Boyack.

Everyone from “ministers to MP, candidate, mayor and industry have come together,” Reese said.

“Some things are just the right thing to do.”

Boyack said there were compelling arguments for allowing ships to enter Port Nelson to do work at Aimex.

“It is great for all of these workers and for Nelson’s economy at large that Aimex can continue to serve ships overseas,” she said.

Nelson’s naval engineering firm Aimex is thrilled that a ship they hoped to work on could dock in Nelson despite Covid-19 rules. Video first published in June 2020.

Twyford said the government recognizes that the jobs of 40 employees could be at risk if Captain Vincent Gann is unable to dock.

â€œIt also has the potential to negatively affect all future ships coming to Nelson for engineering work,â€ he said.

The crew would be required to undergo quarantine on board for a minimum of 14 days at the expense of their employer.

“We are delighted that we were able to come up with a solution that benefits the city, the entire industry as well as jobs and businesses,” said Nash.

Sullivan said Aimex’s business partners and customers had written letters of support for the company for which he was grateful. He was also grateful for the work of TNL International shipping agent John Lowden and Aimex staff, who â€œwere all part of the familyâ€.