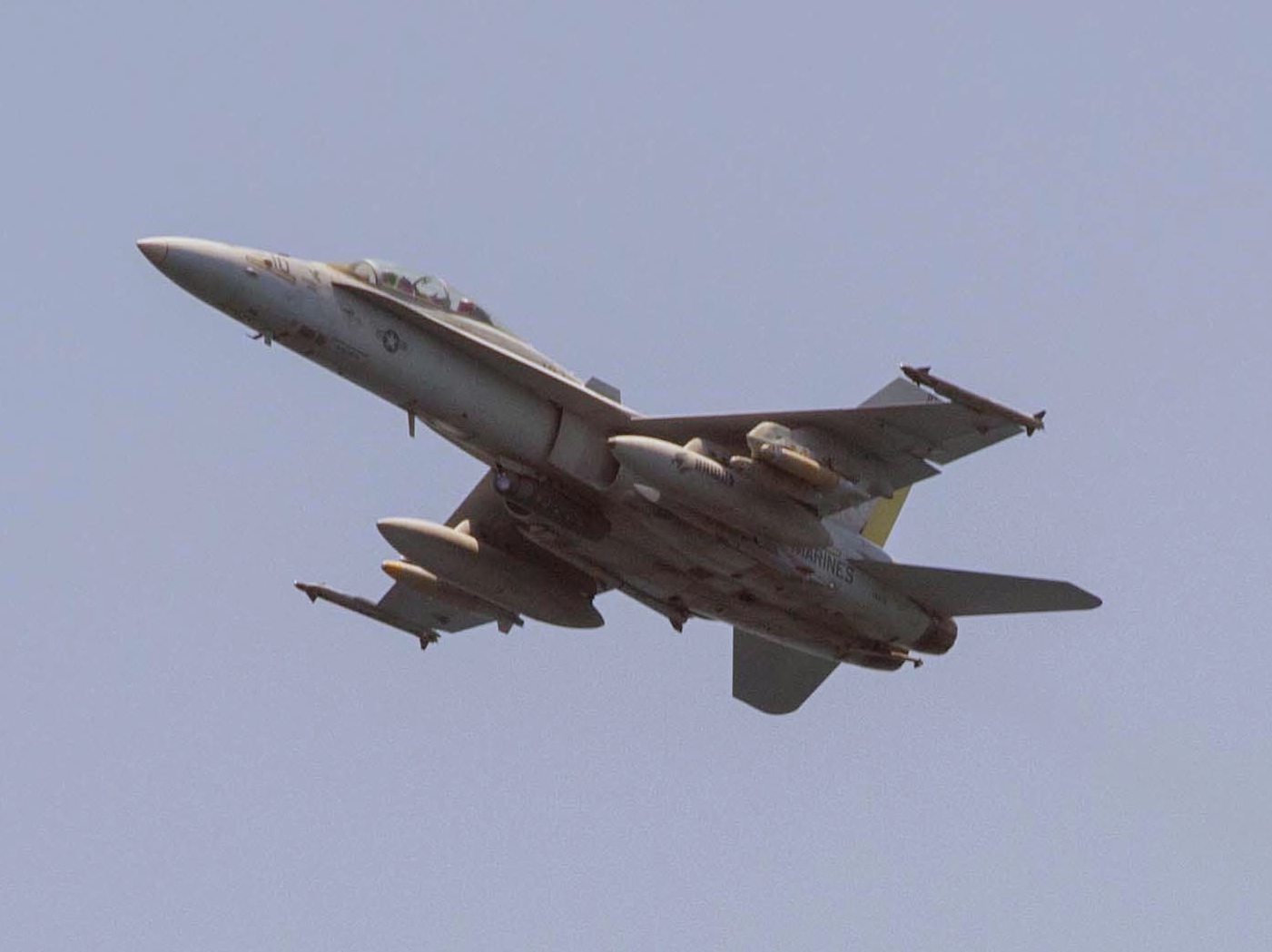 The two Marines on the crew ejected safely and suffered no injuries, the wing said in a statement, which said the crash happened around 3:15 p.m.

“The aircraft crashed in an unpopulated area near Marine Corps Air Force Base Beaufort, South Carolina, and there was no damage to civilian property,” the wing said.

According to television station WJCL, the Hornet crashed on the Coosaw plantation owned by former South Carolina Governor Mark Sanford.

The Hornet, assigned to Hawks of Marine All-Weather Fighter Attack Squadron 533 (VMFA(AW)-533), a unit of Marine Aircraft Group 31. The squadron is one of four Hornet squadrons based at MCAS Beaufort.

The cause of the accident will be investigated.