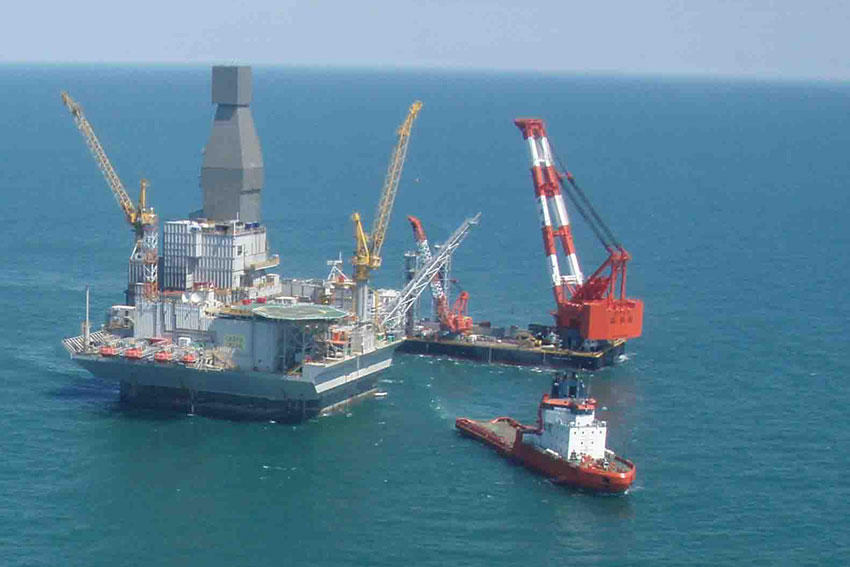 As a construction company specializing in marine and land civil engineering. What is your assessment of the infrastructure needs that Japan will need in the years to come?

Japan’s social challenge is the declining population and birth rate. We aim for a compact city in the future to bring more people to urban cities because renewing aging infrastructure is difficult and expensive. If we can encourage people to settle in such compact cities, we can manage these cities more efficiently. Due to the Ukrainian war and the problems in Hong Kong, there is an increasing demand for ground defense. The Japanese government plans to allocate an increased budget to military defense, requiring social infrastructure. It’s not relevant for the declining population, but it’s a necessary infrastructure.

Japanese construction companies frequently receive instructions and directives from the Japanese government. We run our business under very strict rules and regulations. In addition, we are required to report very often on the progress of our projects. Being accustomed to this practice and gaining the trust of our local partners abroad are some advantages of Japanese entrepreneurs.

Unlike other companies, Japanese companies not only carry out projects, but also faithfully follow up, maintain and service, which promotes a long-lasting relationship. Do you agree with that? What was your post-project experience in maintaining this type of relationship?

We were the sub-contractor for projects in Sakhalin, Russia and Bosphorus, Turkey. The main contractor in Sakhalin is Nippon Steel and Taisei Construction in Turkey. The team is split equally between Japanese contractors and local partners. As they were not sure of the capacities of the local partners, they called on Japanese companies to be on the safe side and ensure the realization of the projects. For the Bosphorus tunnel project, IHI’s vessel is used. The captain of the ship is our employee, but the crew members are Turkish.

Your Dai-Ichi-Yutaka, an 1800 ton rotating crane, is one of the largest cranes in Japan. Why is this equipment so essential for piping projects or other marine engineering projects?

The area near our Sakhalin project is not a residential area, so this ship can carry 1,500 kiloliters of fuel, which is the equivalent of one year’s worth of fuel. It can also carry a large amount of drinking water for the members of this project. The equipment is very reliable and it rarely breaks down, especially if properly maintained in advance.

Japan has a declining and aging population with a fertility rate of 1.36. There will be less than 100 million people by 2060, which would mean less demand for domestic construction projects. Are you looking to further expand your international capabilities in Asia and compensate for the lack of domestic demand and move overseas?

I have never seen similar ships abroad. I think these are unique to Japan. Doing concrete work at sea is very useful in Indonesia and the Philippines, which are coastal countries that need more marine construction projects. Jakarta is known for its heavy traffic. If cement mixers are stuck in traffic for a long time, the concrete may solidify. It is better to transport large loads of concrete across the sea.

Transporting concrete with mixer trucks requires temperature control, especially in Southeast Asia, but it is easy to control the temperature in our vessels using ice. 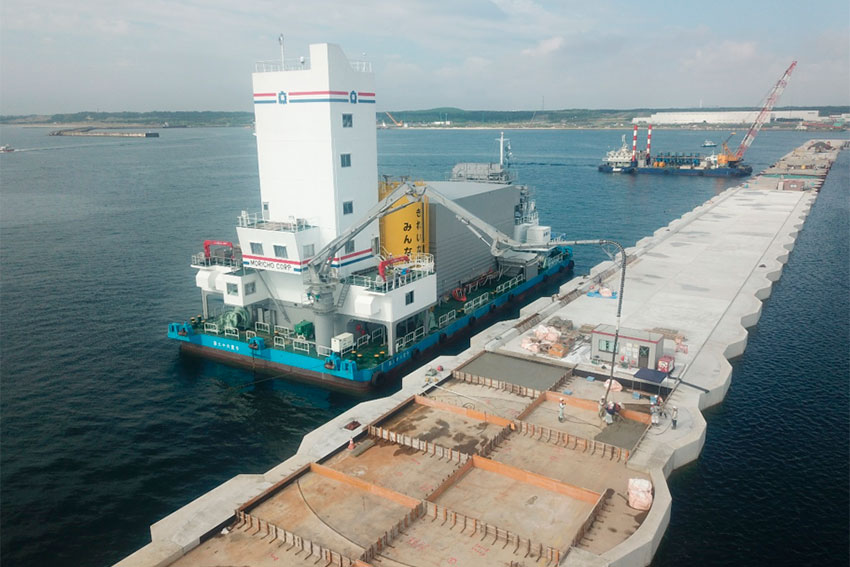 Are you looking to implement this in Southeast Asia?

No, but I believe we have a potential project in Southeast Asia in the future. We brought a similar vessel to Sakhalin this summer, and we had the experience of building a concrete plant vessel in Johor, Malaysia.

Although we would like to work on new projects in the Philippines and Indonesia, our resources are very limited, which makes it difficult to send our workforce from Japan to these countries. If we can recruit enough people, we expect to participate in such local projects.

What are you working on in terms of research and development?

We want to be able to use our vessels for piling work. Dutch stackers have the best quality in the world. We have been an agent for pile-driving vessels for over 20 years.

One of the reasons the Japanese construction industry struggles to recruit young graduates into their business is their slower adoption of digital tools. In the case of your company, what type of digital tools or AI-based technology are you looking to integrate into your projects to help increase your efficiency?

We use analog technologies to decide the positioning of the vessel due to the constant movement of the waves. Modern machines cannot follow this kind of movement. We look forward to the new technologies that we can use, but we will have to partner with measurement companies to develop such equipment. Some Dutch companies have the technology that decides the positioning for offshore wind power generation. With the project on the coast of Ishikari, Hokkaido, we tried to buy this technology, but it was very expensive. Currently, we use digital technologies and automatic measurement tools to define the position. The final visual check, however, is carried out by our staff. In the offshore production project, Japan has set a very strict margin of error – 10 centimeters, while overseas allowance can be up to one or two meters.

Recently, the Strategic Energy Bill was introduced, which states that Japan will have 38% of its energy from natural resources, solar and wind, by 2030. As Japan does not have much energy land space for wind power, ocean turbines are seen as the next solution. How can your company provide services for this huge future demand for wind turbines and ocean turbines for power generation?

Our dominant methodology for offshore wind power generation is the 10 meter diameter monopile method. With a larger scale project, we can apply the jacket methodology, which is a combination of multiple piles. It’s a triple stack.

The 10 meter diameter pile is too big for our current technology, but the diameter is much smaller for the triple pile, giving us more scope to do more. I think we need to focus more on geothermal power generation because Japan has the third greatest potential in this area.

Marine life on the seabed stressed by human noise pollution