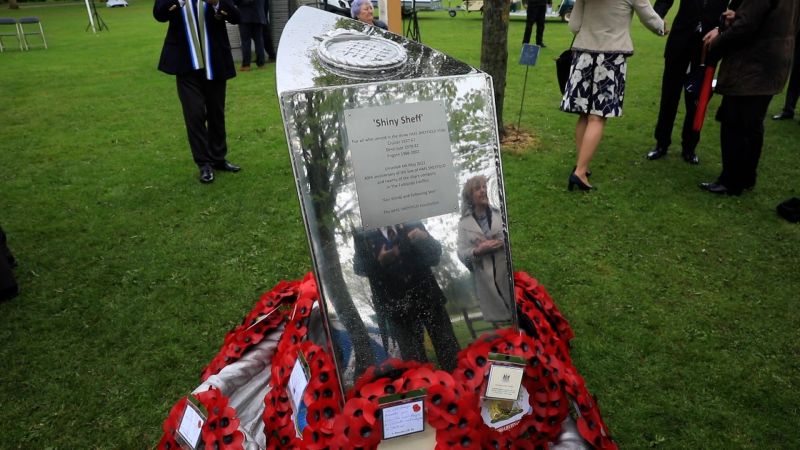 Memorial to the crew of HMS Sheffield unveiled 40 years later

Survivors, families of the fallen and personalities have come together 40 years to the day since HMS Sheffield was struck by an Exocet missile during the Falklands War.

They saw a new memorial – dedicated to those killed in the attack – was unveiled at the National Memorial Arboretum in Staffordshire.

HMS Sheffield sank six days after the attack, becoming the first Royal Navy ship to be lost in action since World War II.

The monument, which also honors two other Royal Navy ships that have borne Sheffield’s name, was anointed during Wednesday’s memorial service with water brought specially from the South Atlantic.

Named “Shiny Sheff”, the memorial was built in the Yorkshire town, famous for its steel industry.

Bearing the words “Fair winds and following seas”, it is designed to represent a warship at sea, with its bow cutting through the waves.

Speaking at the event, John Galway, Veteran and Chairman of the HMS Sheffield Association, said: “It’s always important to remember this, and if you don’t remember it’s lost in the weather.

“Forty years ago now. When we were hit, it was only 37 years after the end of the Second World War.

“We always remember. We remember every day.”

Among those present at the service was Vice Admiral Sir Timothy Laurence, the Princess Royal’s husband.