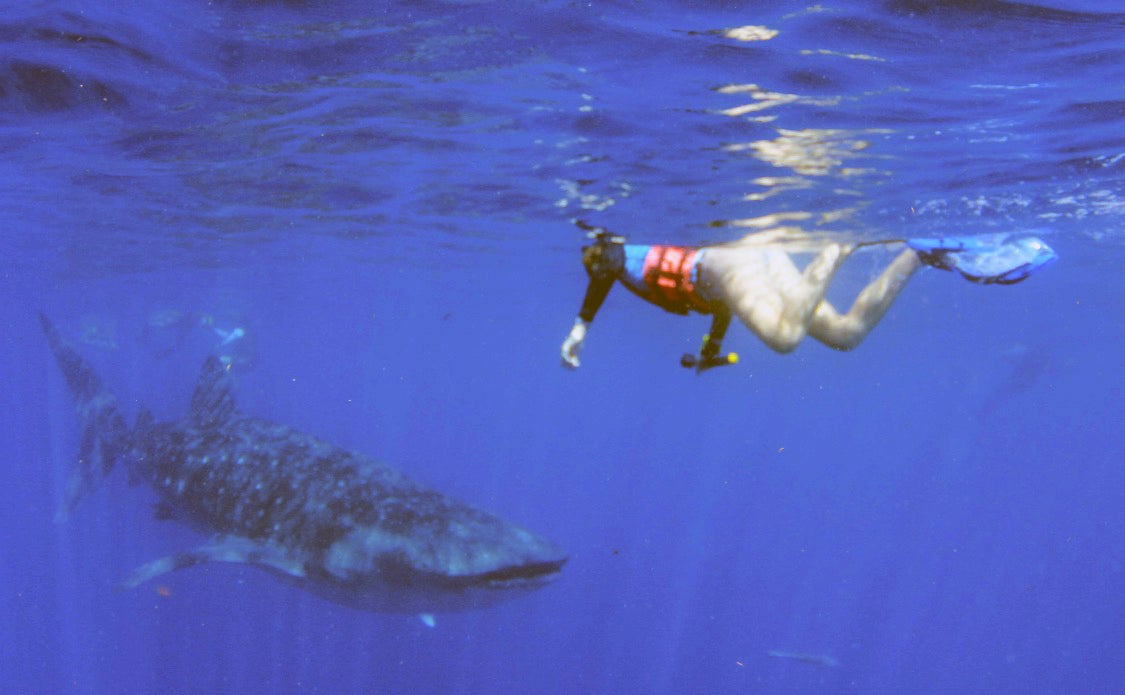 KINGSTON, RI – April 26, 2021 – On a family vacation to Florida from home in Strongsville, Ohio, Bethany DeLoof sat on a boat and pondered her future. In doing so, she thought she would like to do exactly what she was doing at the time – travel the sea and discover the oceans.

That’s how she ended up at the University of Rhode Island majoring in marine biology. As she prepares to graduate in May, she fondly remembers the wide variety of opportunities that have presented themselves over the past four years, from swimming with whale sharks to writing for a magazine. research to learn to scuba dive and serve as captain of the track team.

â€œComing from Ohio, I didn’t have a lot of exposure to the ocean, but I was really interested in it,â€ said DeLoof, who also majored in writing and rhetoric. â€œWhen I think back to my time at URI, I will especially remember all these opportunities to get involved in marine biology. “

Her favorite experience was taking a summer course that involved traveling to Mexico to learn about and swim with whale sharks, the largest shark in the world.

â€œBeing able to swim with the whale sharks for a course credit was pretty amazing,â€ she said. â€œWe were in the water with hundreds of whale sharks swimming around us; I had never experienced anything like this before. It reinforced my desire to be in the field of marine biology and to spend time on the water.

Although DeLoof had a modest interest in sharks before arriving at the URI, she developed a greater appreciation and interest in them as a result of traveling with the whale sharks. So she contacted URI shark researcher Brad Wetherbee and asked him to participate in some of her research projects. One involved analyzing data collected from tagged stingrays at a site in the Cayman Islands called Stingray City, where large numbers of stingrays visit and interact with tourists.

â€œWe looked at the difference between the growth rates of stingrays that regularly visit Stingray City versus those that don’t visit often,â€ DeLoof said. â€œAnd we found that returning female stingrays often had higher growth rates, probably because they were fed by tourists. But the males who revisited often had lower growth rates due to the fact that they were supplanted by the larger females.

In a second project, she analyzed data from sharks caught in Delaware Bay to assess differences in the size and species of sharks caught by different commercial fishing methods.

Due to his growing interest in sharks – and the realization that some of his fellow students had a similar interest – DeLoof established a shark club on campus to provide shark enthusiasts the opportunity to learn about it. more and discuss sharks, shark research and shark-related careers. When the COVID-19 pandemic forced the group to abandon plans to participate in some of Wetherbee’s shark research trips to Rhode Island Sound, they instead conducted a survey to find out more about people’s attitudes towards the Sharks.

Throughout his time at the URI, DeLoof also competed on the University’s indoor and outdoor track and field team, as captain in his senior year. A sprinter whose best event was the 500 meters, she had her most successful year in the 2020 indoor season when she placed second in the Atlantic Conference Championship 10 to the 500 and was a member of Relay 4 X 400 meters of the team, which also placed second in the meeting.

â€œI ran on track in high school and I really love the sport. I love competing, “she said.” I also love the challenge of managing the track training and homework and everything that I was doing. I like to stay busy and keep pushing myself to do it. achieve higher and higher goals.

One of her goals is to incorporate writing into her career plans. DeLoof has already had some success in writing after writing about URI faculty research for the University’s Research Magazine, Momentum. She has written half a dozen articles for the last four issues of the magazine.

â€œI love creative writing, although I haven’t had a lot of time to do it recently, but I think scientific writing is what interests me particularly,â€ she said. â€œI’m not sure yet exactly what my career plans are, but I might want to combine my interests in sharks and writing to help promote shark conservation. “

With one more year of athletic eligibility due to the cancellation of last year’s athletic season due to the pandemic, DeLoof plans to return to URI next year for a master’s degree. so she can run for another year while trying to decide on her future plans.

â€œI love him here enough that I don’t mind staying a few more years,â€ she said. “It will give me more opportunities to see what else there is to explore.”