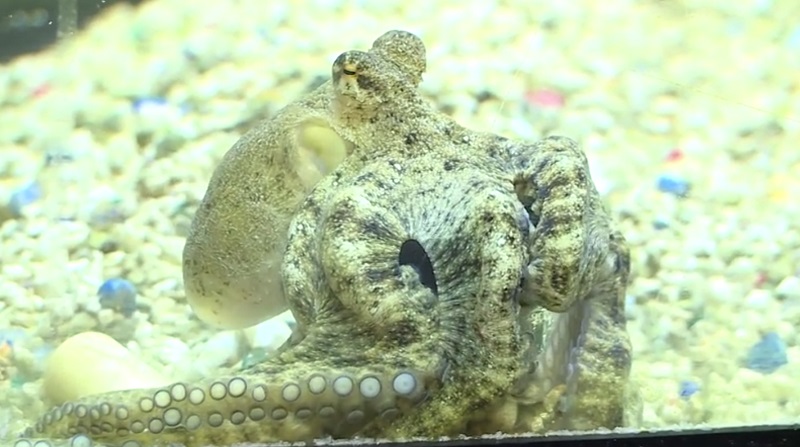 Owner Mark Hall told 12 News that while they aren’t open to the public during Rhode Island’s two-week hiatus, they still have to take care of any marine animals that live there.

Hall said Biomes is home to more than 1,000 marine animals native to New England, all of which have been collected or saved.

With little to no cash flow from the pandemic, Hall said Biomes was bleeding money. He said over 70% of Biomes revenue is generated by visitors, especially groups.

Typically, Hall said the space was packed with students at field trips and children’s birthday parties, among other groups, but that hasn’t happened since mid-March.

Biomes was able to reopen in July during Phase 3 of Governor Gina Raimondo’s plan to reopen the economy, but only walk-in guests are allowed and groups are prohibited.

Hall said Biomes had been shut down as part of Raimondo’s two-week hiatus, depriving them of walk-in guests, as well as the little revenue they were able to generate.

Hall said that throughout the pandemic, he has tapped into state and federal government funding to keep Biomes afloat.

But even with the financial aid, Biomes’ operating expenses quickly absorb the money Hall receives.

In order to keep the lights on and the filters on, Hall said it costs around $ 2,000 a month. He also has to take care of the animals, maintain the building himself and keep his two part-time employees on his payroll, which is down from five full-time employees before the pandemic.

After learning about Biomes’ financial situation, Stas Birutis said he knew he had to do something to help.

â€œIt really broke my heart,â€ Birutis said. â€œI think the Rhode Islanders really care, they know this place, but they don’t know the dilemma the owner is in.â€

Birutis recently launched an online fundraiser for Biomes, which he hopes will attract financial support. So far, Birutis has raised over $ 1,000 of his goal of $ 10,000.

Hall said he is extremely grateful for the support from the community.

â€œIt makes me feel like it’s an interesting place to have in town,â€ Hall said.

Anyone wishing to donate to Birutis fundraising to help Biomes can do so. on Facebook.