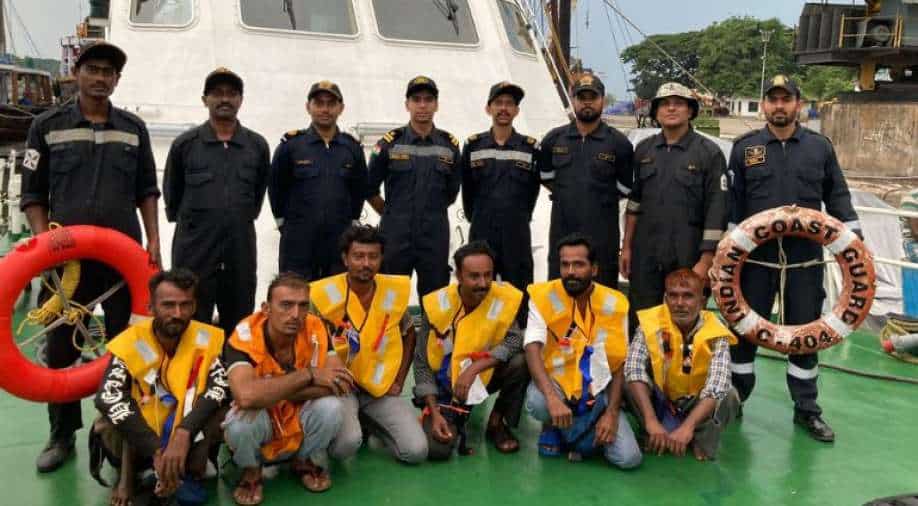 In the early hours of Sunday May 1, the Indian Coast Guard (ICG) rescued the six crew members of a sinking vessel off the west coast of India. The cargo ship, MSV Malabar Light, was in distress due to flooding in her engine room as she was on a voyage from Beypore in Kerala to Androth in Lakshadweep.

According to the ICG, it was at 2 a.m. that the Maritime Rescue Coordination Center (MRCC) in Mumbai informed the coastguard station in Beypore, Kerala about the situation.

Also read: Indian SC: No curbs in public places for those not bitten against Covid

At 02:45 the Coast Guard vessel C-404 was deployed from Beypore to provide assistance. The stricken vessel MSV Malabar Light was carrying building materials, livestock etc. and flooding on board had forced the crew to jump into a lifeboat and drift out to sea.

Arriving on scene at 4.20am, all crew members were rescued from the Coast Guard vessel, administered first aid and were found in good health.

The lifeboat was then towed to Beypore harbour, where the rescued crew members disembarked and were handed over to local authorities, at 6.15am.