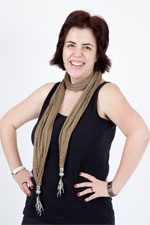 How to deal with fraudulent medical certificates

If you suspect one of your employees has delivered a false sick notice or, worse, a series of fraudulent sick notices, you need to know how to deal with this situation. Recently I went to a seminar led by Cliffe Dekker Hofmeyr (CDH) where speakers Mohsina Chenia and Michael Yeates of CDH told us what to do if we ever find ourselves in one of these situations.

After finding one or more suspicious medical certificates in your organization, the first thing you should do, Chenia says, is contact the doctor and verify the authenticity of the certificates and possibly the diagnosis. But be aware that the practitioner is under no legal obligation to tell you anything as it could be a serious breach of doctor-patient confidentiality. However, Yeats says, if the CCMA subpoenas the doctor, it would be obligated to provide details of the employee’s illness.

What is a doctor allowed to tell you?

If you contacted an employee’s treating physician to establish the nature of the illness that caused the work stoppage, the physician would be able to confirm:

Check the address and registration number of the medical practice

Important: If during your investigations you find that the practice number is not registered with the HPCSA or the Allied Health Professions Council of South Africa, you have the right to refuse the certificate!

Another way to check suspected fraudulent practitioners is to send a test patient to be examined by the practitioner. This, Yeats says, will work similarly to a mystery shopper in a retail environment, i.e. just as a mystery shopper is sent into a retail environment to test service levels. to customers so that the test patient is sent to establish whether the practitioner concerned is willing to give the tested patient a fraudulent medical certificate.

If a dispute between employees, for example over abusive sick leave, goes to arbitration, you have the right to appoint your own doctor to testify at the hearing.

At the end of his presentation, Yeats suggested that you follow seven steps to eliminate sick leave abuse when you suspect it in your company: