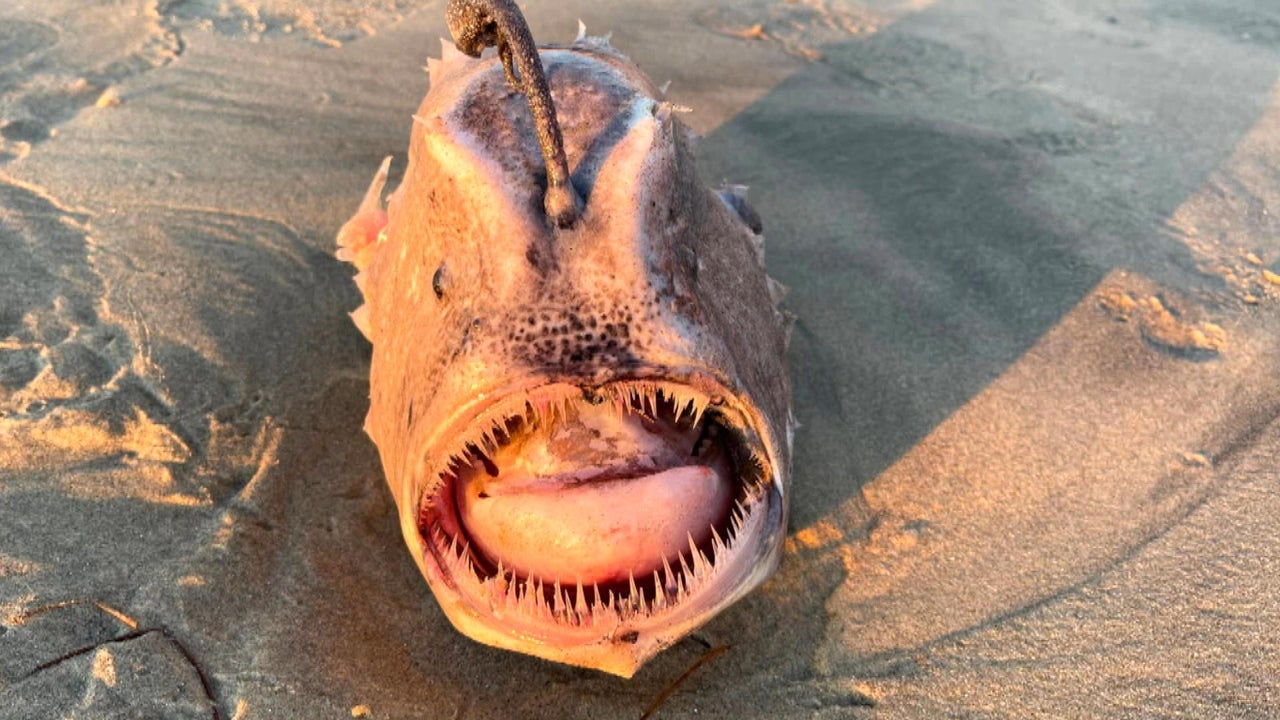 Two paddleboarders have come across a bizarre-looking creature just off Laguna Beach in the latest case of shocking marine life spotted in and near California waters.

“We were both shocked, like oh my God, look at the size of this thing,” Rick German told Inside Edition. “It was just huge. My buddy’s board is 14 feet long and it looks almost as big as the board.”

The creature was a sunfish. They can weigh up to two tons, but those who encounter the giant fish have nothing to fear. Although its flattened body gives it a monstrous appearance, the sunfish is a gentle giant.

Strange sea creatures are appearing all along the California coast.

A remotely operated deep sea vehicle captured a rare sighting of a barrel fish in Monterey Bay, while in the same deep waters a ghost jellyfish was captured on video for the ninth time.

A rare Pacific footballerfish has been found dead in San Diego, and not far away a cannibalistic deep-sea lancetfish has been spotted.

“It kind of gives a nightmare feeling,” said James Stewart of the Aquarium of the Pacific. Although the creatures look scary, Stewart said he “wouldn’t see any of them as a problem for people.”