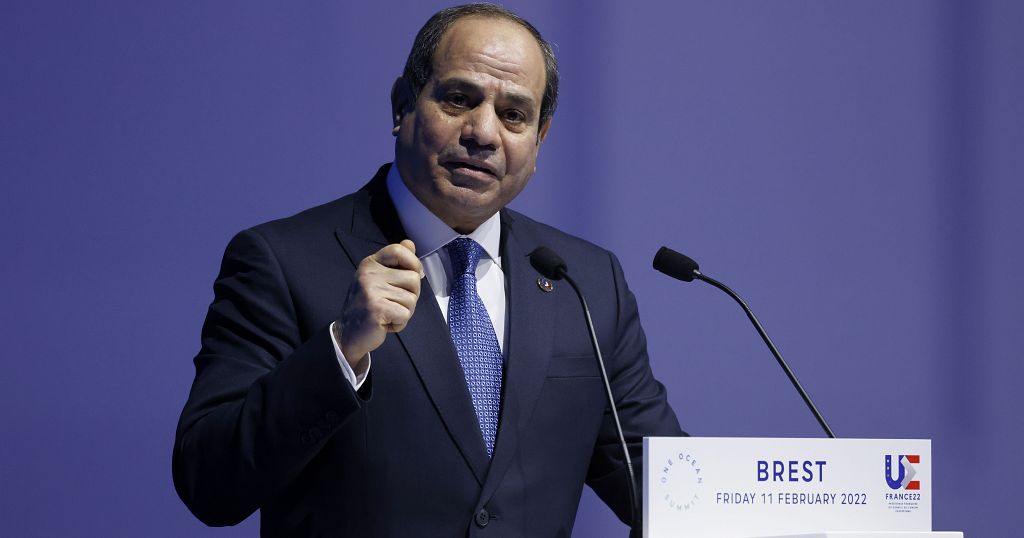 On the last day of the One Ocean Summit held in France, President Macron brought together Heads of State and Government. The summit aims to raise the ambition of the international community on the preservation of ocean ecosystems.

President el-Sissi on Friday presented Egypt’s efforts to preserve marine resources. “Early on, Egypt put in place the necessary legislation to regulate its economic activities related to the seas and oceans to ensure the sustainability of marine resources that can protect the seas from all forms of pollution, including pollution from plastic waste which is seen as a real challenge especially for developing countries, which are looking for the necessary technological support to execute their strategies to reduce the use of environmentally harmful plastic.“

The oceans cover more than 70% of the surface of the planet and scientists estimate that more than 50% of the production of oxygen on Earth comes from them. Mindful of a shared responsibility towards them, world leaders and civil society decision-makers addressed major challenges throughout the session. The Egyptian president, who will host the 27th UN climate change conference, urged his counterparts to make strong commitments. “As host of the next annual United Nations climate summit this year, Egypt calls for the strengthening of international efforts to protect our seas and oceans from these effects in order to preserve its sustainability and the diversity of its nature.“

From mercury pollution to offshore drilling, issues affecting the ocean impact billions of people. In Africa, where more than 30 countries have coastlines, the stakes are even higher. The Congolese Minister of the Environment, Arlette Soudan-Nonault, has sounded the alarm about the consequences of the activity of foreign companies in the Congo Basin. If these first world companies make a profit, the local population remains to suffer the effects of pollution.

While negotiators hope to reach a deal, some African observers have lamented the continent’s plight in the race for marine wealth, which often leaves African waters polluted and plundered.