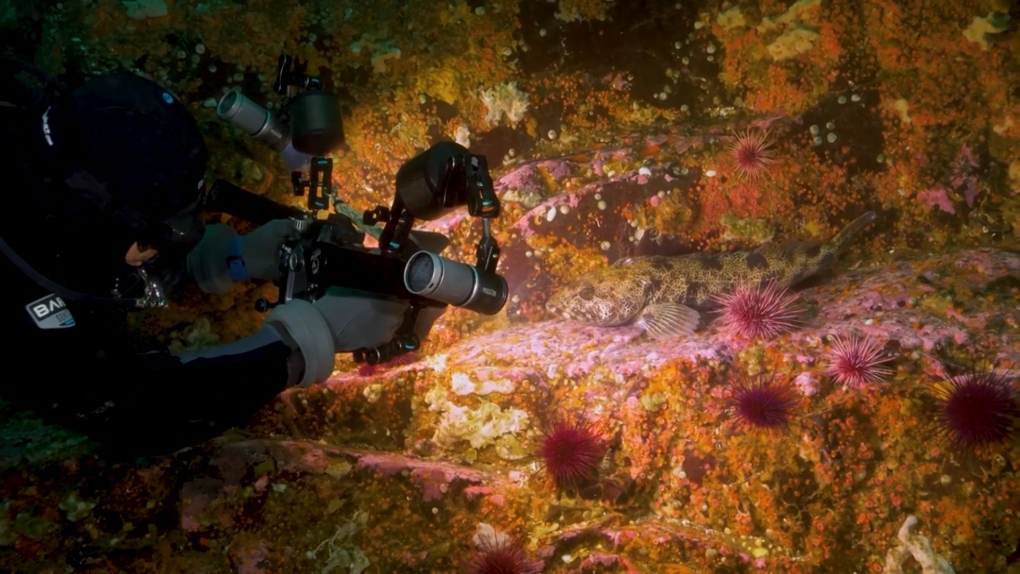 A British Columbia underwater cinematographer hopes to raise awareness of the diversity of local marine life, saying its colors and vibrancy rival what is seen in more tropical climates.

“Diving was already a passion for me, but once the pandemic started it was one of the few things I could really do all the time with everything shut down,” he told CTV News. Vancouver in an interview on Saturday.

“I realized that I really had the opportunity to focus on the local marine life and start filming everything right in our backyard.”

Roney said locals might be surprised by the color of the waters.

“Most people have this idea that the waters off British Columbia are dark and murky which means the visibility isn’t great, but once there the amount of color is just amazing. “, did he declare.

“There’s these vibrant pinks and purples and yellows, sponges, everywhere you look, it’s so vibrant. It even rivals what you’d see in the tropics.”

Roney said he hopes he can encourage people to have the same passion and pride for BC’s waters as they do for the mountains and ancient forests.

“If people are going to fight to protect our ecosystem, they’re going to want to know what’s really out there,” he said.

“Everyone knows about the amazing killer whales and salmon, but there are also these weird and really fascinating creatures that only live here…I really wanted to show the animals that aren’t in the spotlight so much.”

For example, the west coast is home to the largest octopus in the world, the giant Pacific octopus. The huge creature is a Roney favorite, but not just for its size.

“Really, it’s its intelligence. When you look into the eyes of the giant Pacific octopus, you can see an intelligent creature staring at you and it’s so mesmerizing,” he said. “When you see them come out and puff up, it’s just amazing.”


With files from Nafeesa Karim of CTV News Vancouver

Rescue 116: Tributes paid to the tragic crew of the helicopter crash on the occasion of the fifth anniversary