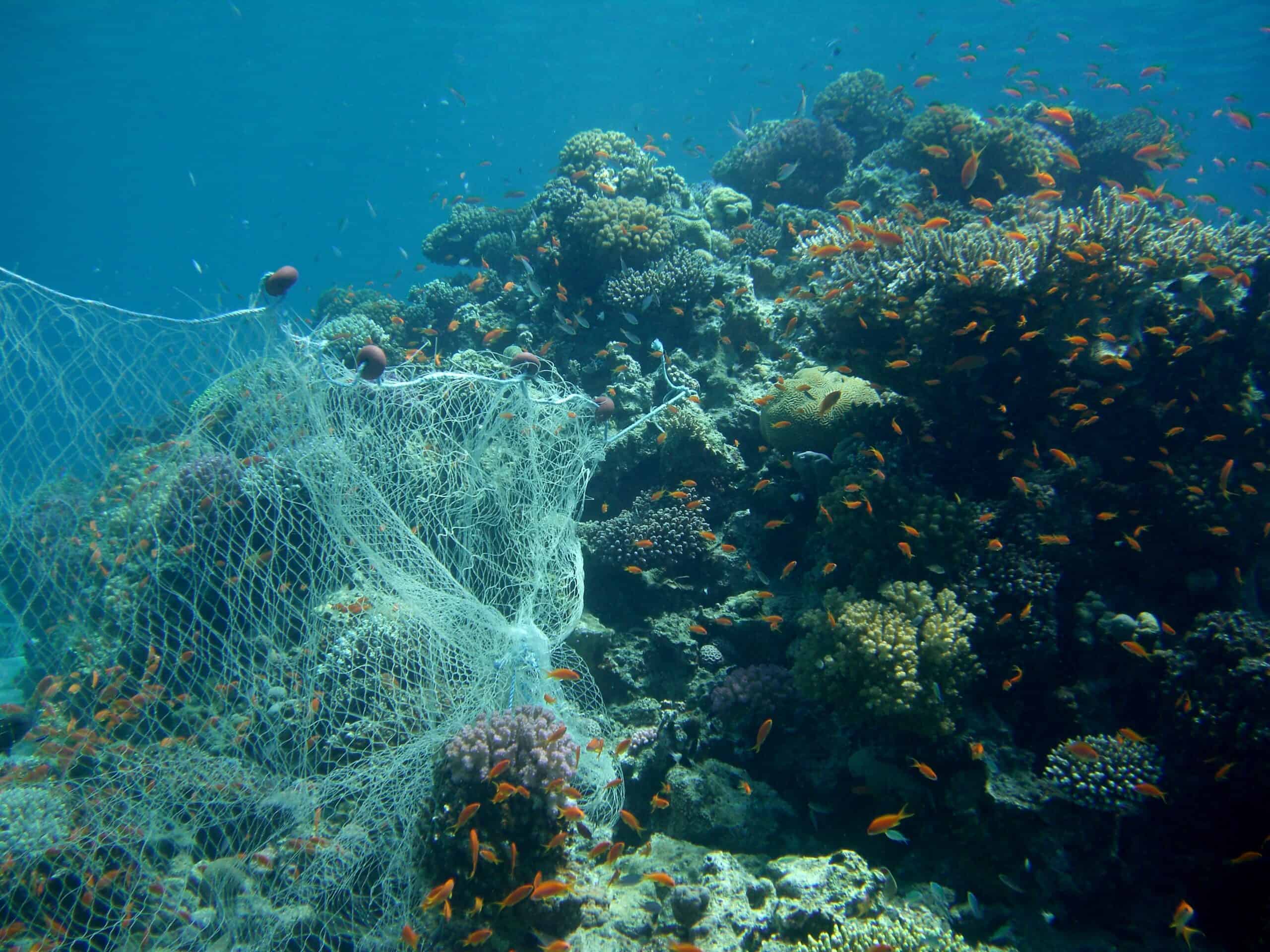 Discarded fishing nets are a threat to corals and marine life

Even some pristine tropical islands are not immune to the scourge of abandoned fishing nets.

Fishermen around the world often throw and abandon their fishing nets and other plastic gear in the seas without a second thought. Out of sight, out of mind.

Yet this plastic waste, which can take decades or even centuries to degrade, adds to the colossal amounts of waste already lying around in the oceans and being washed away by currents and tides.

Worse still, discarded nets can devastate fragile marine ecosystems such as coral reefs and decimate vulnerable species such as sea turtles, which can drown if caught in these nets underwater.

Even pristine tropical islands may not be safe from the scourge of abandoned fishing nets. Recently, massive nets were discovered over a large area in Koh Losin, a small rocky islet located in the southern region of the Gulf of Thailand. Smothered under the fishing nets were various species of coral and marine life.

Koh Losin, which covers an area of ​​approximately 195 acres, is one of the best dive sites in Thailand. It is located 72 km from the nearest coast and its relative isolation means that the islet has remained virtually untouched and the marine ecosystems surrounding it have remained largely intact.

Beneath the surface of the azure waters around the islet are picturesque coral reefs, which are home to a large number of marine species. The local waters are also home to several rare and endangered marine animals, including whale sharks and manta rays.

Yet even in this isolated area, the scourge of plastic waste is already taking its toll.

Thailand is one of the world’s worst plastic polluters, dumping some 23 million kilograms of plastic waste into the sea every year. Derelict fishing gear from the country’s lucrative fishing industry accounts for much of the Southeast Asian nation plastic pollution.

Fishing nets abandoned on Koh Losin have been recovered by a group of divers. The surroundings of Koh Losin are protected by law, but the ongoing Covid-19 pandemic has forced most local environmental inspectors to work from home and stop visiting protected sites.

Some fishermen have clearly taken advantage of this lull in inspections to fish illegally in the area before abandoning their nets there.

Their nets have damaged fragile corals while blocking sunlight from reaching underwater corals that contain photosynthetic algae called zooxanthellae in their tissues in a symbiotic relationship. Corals provide the algae with a safe home and the compounds necessary for photosynthesis while the algae reciprocate by supplying their hosts with oxygen and helping to remove waste.

It took two days to remove the nets covering the coral reefs around Koh Losin in a painstaking operation. In total, the recovered nets weighed 800 kg.

Yet, before the nets were removed, they had already snapped pieces of coral over a large area and started smothering them by causing their algae to grow on the nets.

“If the nets hadn’t been removed, the corals in the area would have absolutely died,” said marine biologist Anchalee Chankong.