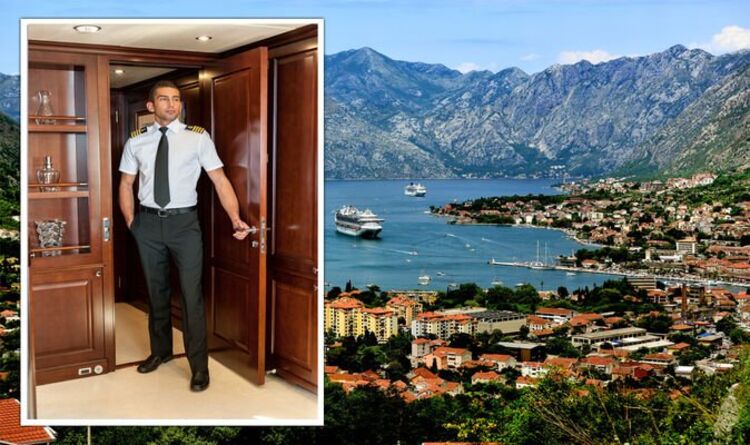 The cruise crew work extremely hard to ensure guests have a fantastic vacation. Due to their unpredictable work, they normally have wild stories.

While crew stories often involve guests causing mayhem, sometimes it’s the staff themselves who cause mischief.

A former crew member said: ‘A DJ got drunk and took the ship’s intercom at 3am and announced an ‘abandon ship’ order to everyone.

“Pandemonium ensued. They now limit who has access to this system. The captain came up and tried to calm people down.

“A lot of people chose to sleep on the lido deck that night with their life jackets on. The DJ was thrown into the brig and met ashore by authorities.

READ MORE: Cruises: The one thing passengers might want to avoid

An abandon ship announcement in the middle of the night is likely to cause widespread panic, so DJ is unlikely to be invited aboard again.

Another crew member said: ‘An outside contractor was on board carrying out pipe installations.

“I decided it would be a good idea to head to an upper deck at 2am, climb up the side and climb from balcony to balcony.

They said: ‘We had a flight attendant on our first cruise who told us how his family was being held hostage.

“He said he needed tips to pay people and would leave extra tip envelopes every day on our beds.

“Every day he would update us on what the kidnappers were telling him and make us promise not to tell anyone because he might be fired.

“I knew he was scamming but I tipped anyway because I was going to do it anyway. I felt bad, he obviously had a hard time doing that.

“My mum was a sad wreck all week worrying about her family. My mother was quite naive.

Not far to go for South Devon challenge crew