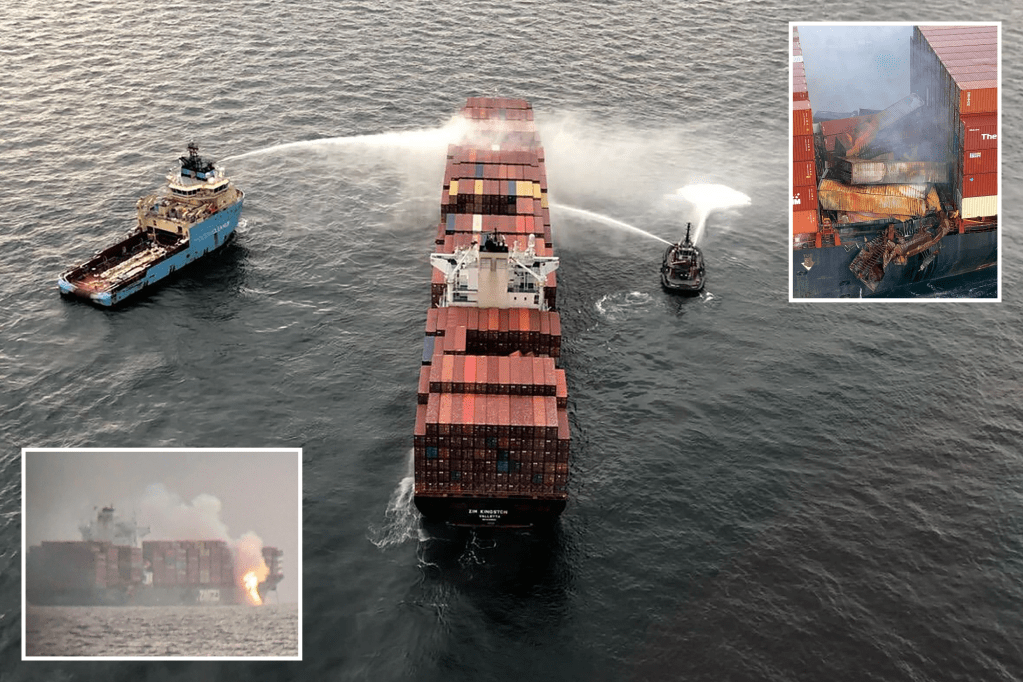 An emergency zone was declared Sunday for 1 nautical mile around the anchored vessel, identified as the MV Zim Kingston, off Victoria, the capital of British Columbia, the Canadian Coast Guard said.

“The ship is on fire and expelling poisonous gas,” the coast guard said early Sunday morning. “Two fallen containers are floating near the ship.”

Five crew members were left on the ship to fight the blaze.

The company that operates the container ship, Danaos Shipping, said the blaze was extinguished later on Sunday, according to Coast Guard Commander JJ Brickett, although he said it could still be seen smoldering .

â€œWhat they were trying to do was let the fire go out. In other words, the container burns with the fuel while keeping everything else cool so they don’t catch fire, â€Brickett said at a press conference on Sunday.

â€œWhen we look at the pictures, we can’t see any burning or charring of these adjacent containers. This is a really good sign.

The Coast Guard said it was working with the U.S. Coast Guard to track about 40 containers that fell overboard the ship off the west coast of Vancouver Island during a storm before the fire does not break out.

Two of those containers contained “materials that would be of concern to us,” Brickett said, but added that “none of our trajectories currently have grounding of these containers.”

Brickett said Danaos Shipping, the owners of the vessel, was “very responsible” and had cooperated with the authorities. It is still unclear what caused the fire or if it was related to the containers that fell overboard, he added.

The company did not immediately return The Post’s request for comment.

Algae That Killed Marine Life In Hokkaido From Russia