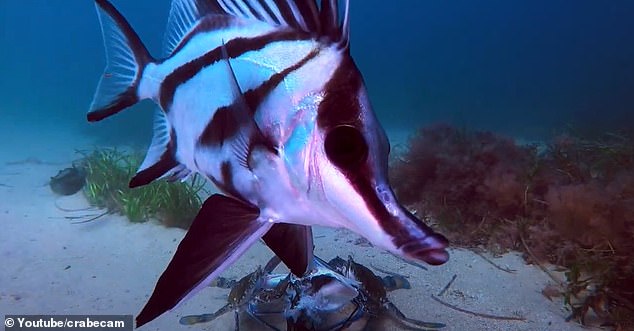 A ‘crab camera’ off Adelaide has revealed the wild environment of sinking or swimming beneath the surface of metropolitan beaches.

Crab.e.cam creator Andy Burnell said he used a “GoPro baited on a kayak” to capture his unique footage off the Adelaide coast.

Mr Burnell shared around 20 videos which show marine wildlife battling to nibble on their bait as a camera watches from afar.

Scroll down for video

He studied as a marine biologist before working as a reef guide and diving instructor, but he said it was actually his fishing that inspired the videos.

“I love sea life, action cameras are cheap and waterproof, (I thought) what’s going on in my crab nets?” he said.

“The first time I literally tied (the camera) to the net, now it’s evolved.” 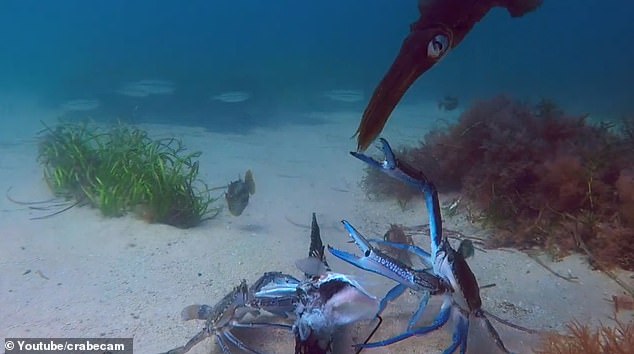 marine biology and worked as a reef guide and dive instructor before making his videos” class=”blkBorder img-share” style=”max-width:100%” />

In a video uploaded on January 1, a pair of crabs can be seen doing their best to scare away a hungry fiddler ray by snapping their claws at it.

In another video, a curious long-snouted boar is more interested in the camera than the bait and swims away for closer inspection.

Mr Burnell said he liked the surprise of seeing his clips for the first time when he pulled out the GoPro. 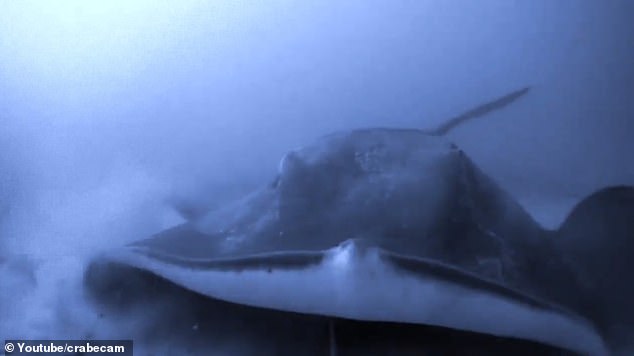 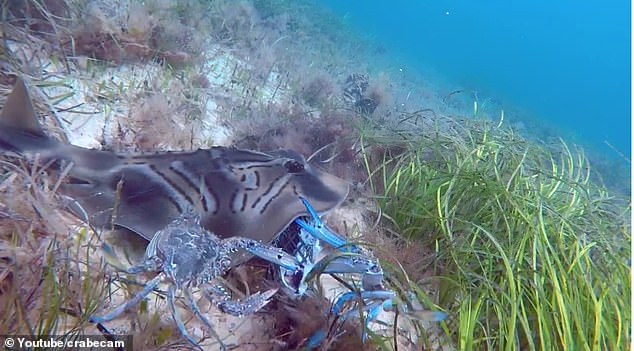 All of the unique videos are captured off the coast of metropolitan Adelaide in what Mr Burnell calls the city’s “marine backyard”.

“A lot of people don’t dive, so they don’t really see or even imagine what’s going on in their marine backyard.

“It’s mostly crab antics, I love seeing how fiery they are but the octopus was a real surprise.” How he just fades into the background when he lands, pouts a bit and then hits the crab.

Mr Burnell said he hoped his videos would raise awareness of marine life and encourage people to explore their own “marine backyard”.

“I really hope these little clips bring people a bit of joy, but also spark interest and a desire to think about and take care of our marine life and the environment,” he said. 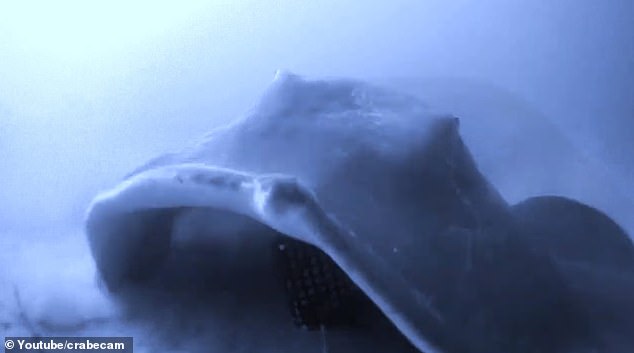 Mr Burnell said he hopes his videos will raise awareness of marine life and encourage people to explore the ocean.

He recommended people wanting to try snorkeling and diving to start small.

‘Make sure your first experience is good. The water can be scary for people, but once you’re comfortable it’s like pure bliss to come home!” he said.

‘Go with a guide or professional for the first time, don’t try too hard, shallow, safe, warm. Don’t take too big a bite and then be put off!