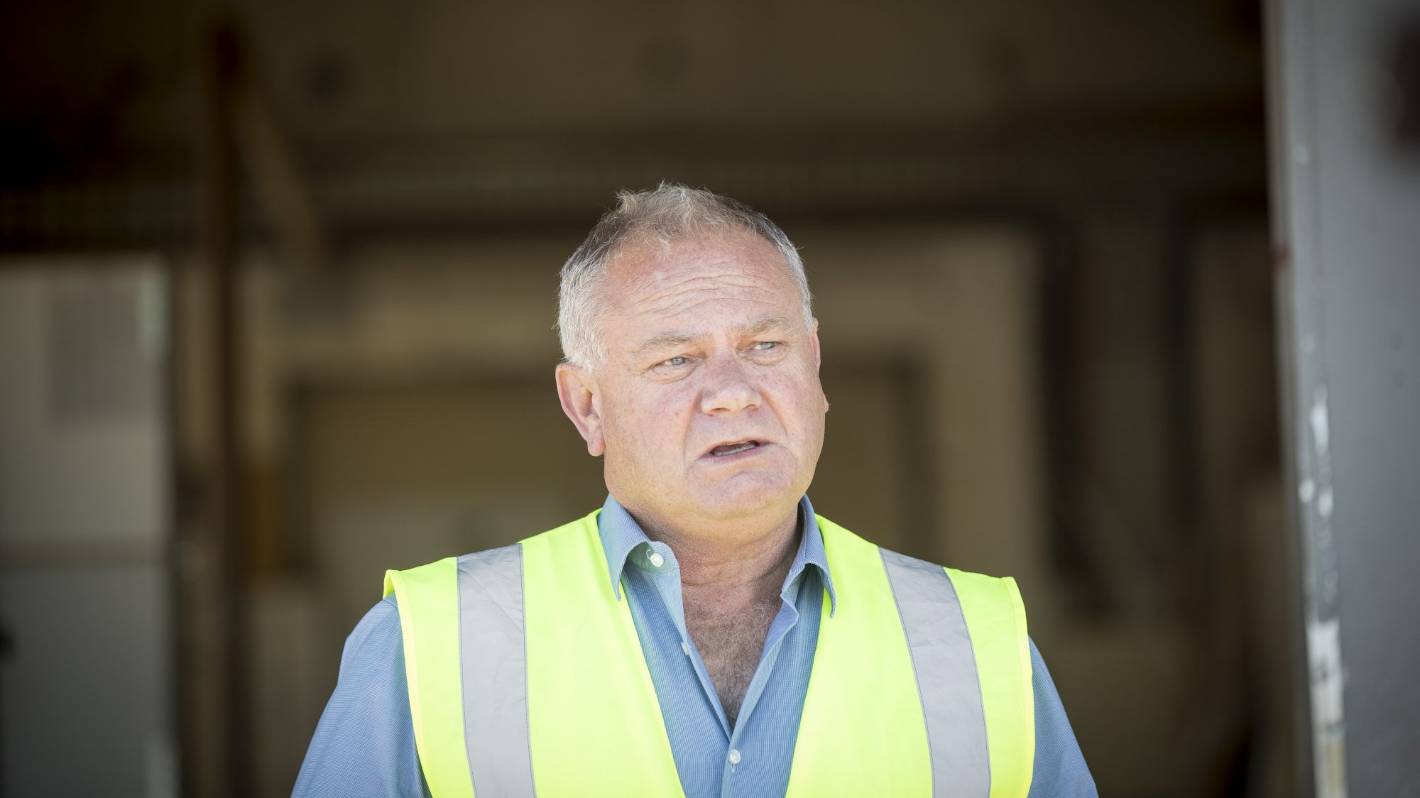 Dozens of marine engineering jobs in Nelson are threatened by a government policy to deny entry to ships during the Covid-19 pandemic, dealing a hammer blow to the international repair and refit industry.

Aimex Service Group chief executive Steve Sullivan said around 40 jobs were at risk at the Port Nelson-based company he founded in 2009.

â€œForty percent of our revenue comes from the international refit business,â€ Sullivan said. â€œEverything is threatened.

Two major contracts were canceled just before the Alert Level 4 lockdown, resulting in a loss of around $ 4 million to Nelson’s economy at large, Sullivan said.

Four Aimex employees were made redundant.

“We … will have to put more people out of work if the policy doesn’t change,” Sullivan said, referring to the 40 jobs at risk.

He and Nelson MP Dr Nick Smith urged the government to lift the blanket ban and consider the entry of each ship on a case-by-case basis.

The catalyst that prompted Sullivan to speak out publicly was the government’s refusal to allow entry of Captain Vincent Gann, a tuna vessel now at sea in the Eastern Pacific and in need of urgent repairs.

A defect in Captain Vincent Gann’s gearbox, which provides propulsion, allowed him to run only at half of his usual speed. He was also in danger of sustaining further damage. The repair work was expected to take about six weeks and would net Nelson’s economy as a whole $ 600,000 – $ 400,000 to Aimex and $ 200,000 to associated companies.

Captain Vincent Gann’s last stop was American Samoa, which had not reported any cases of Covid-19 and had closed its borders at the end of March.

“The crew has been at sea sinceâ€¦ May 15 and by the time they get here they would have been at sea for a month,” Lowden said. “They pose no threat at all.”

Sullivan said crew members can easily be tested for Covid-19 and are ready to be quarantined upon arrival, if necessary.

â€œThe US fleet has been coming here since 1992 and they appreciate the work these guys do here and the work,â€ Lowden said.

However, captain Vincent Gann’s repair was needed “as soon as possible”, so he may have to go elsewhere if he does not get the green light for Nelson.

Sullivan said the government had granted entry exceptions to “glamor industries” such as filmmakers from Avatar “but refuses to move on ours”.

“I am particularly angry with the representatives of the government of the MBIE [Ministry of Business, Innovation and Employment] advised that this boat be sent to Hawaii for repairs regardless of jobs in Nelson, â€he said. â€œWe invite the Minister of Customs and Immigration to visit Port Nelson and explain to workers why they should lose their jobs. ”

Sullivan said he received an investigation Tuesday “from another vessel from Australia, which is following the same process that we are following with the CVG.”

Aimex has grown from eight employees to over 100 over the past 10 years, many of whom were highly skilled and would not be easy to replace.

Smith said blanket bans were appropriate two months ago during the emergency phase of the Covid-19 pandemic.

“We now need a more flexible approach that assesses risks on a case-by-case basis and which focuses on saving jobs,” he said.

It made “no sense” to deny entry to Captain Vincent Gann.

Asked by Smith in Parliament on the matter, Customs Minister Jenny Salesa said she supported the government’s response to Covid-19.

Decisions on what types of boats allowed to enter were “focused on our actions to deal with Covid-19,” she said.

One of the reasons for the border closure “is to protect the lives of New Zealanders and we are following this advice from the Director General of Health and the Ministry of Health.”

â€œIn terms of lifting or changing this particular policy, that would be a Cabinet decision,â€ Salesa said.