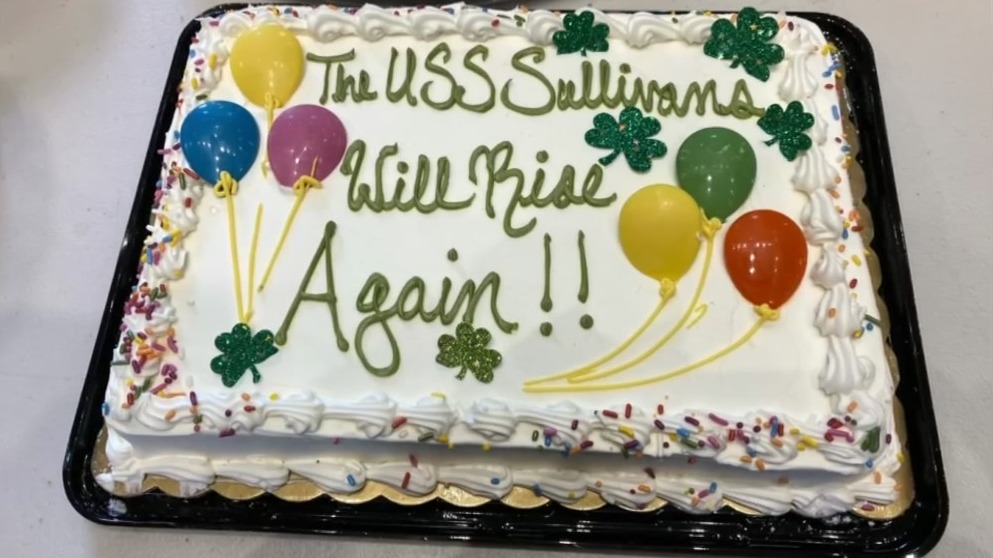 BUFFALO, NY (WIVB) – As crews work around the clock on the USS The Sullivans, the community is doing everything they can to make those long days a little easier.

Buffalo & Erie County Naval and Military Park officials said since last week, people and businesses in the community have been donating food, cash and anything the crew needs.

Naval Park education director Steven Tedesco said the food donations gave them one less thing to worry about during this difficult time.

“The food has just arrived and we have [about] 58 people today and that’s a lot of people who are hungry and want to keep safety in mind and so are we, so the food coming in has been an absolute blessing, really,” he said.

The Little Bakery in Niagara Falls and Sports City Pizza in Buffalo each donated several pizzas.

Tuesday’s lunch was hosted by Pat Ardent, a member of the Naval Park Gift Shop staff.

The Explore and More museum team donated money and food.

Joe Miranda and his family gave the crew two microwaves, which are now installed on site.

Freed Maxick CPA has agreed to purchase breakfast and lunch for the crew.

Tedesco said the city lives up to its reputation.

“The outreach has been absolutely amazing, the support that the community, that Buffalo, has given us – you know they call it the city of good neighbors for a reason and it’s shining right now.”

He said they will eventually need help cleaning up in place and he has no doubt the community will step in once again – because it’s Buffalo.

Anyone else wishing to donate can visit savethesullivans.org or just bring food to the naval park.

Kayla Green is a journalist who has been part of the News 4 team since 2021. See more of her work here.