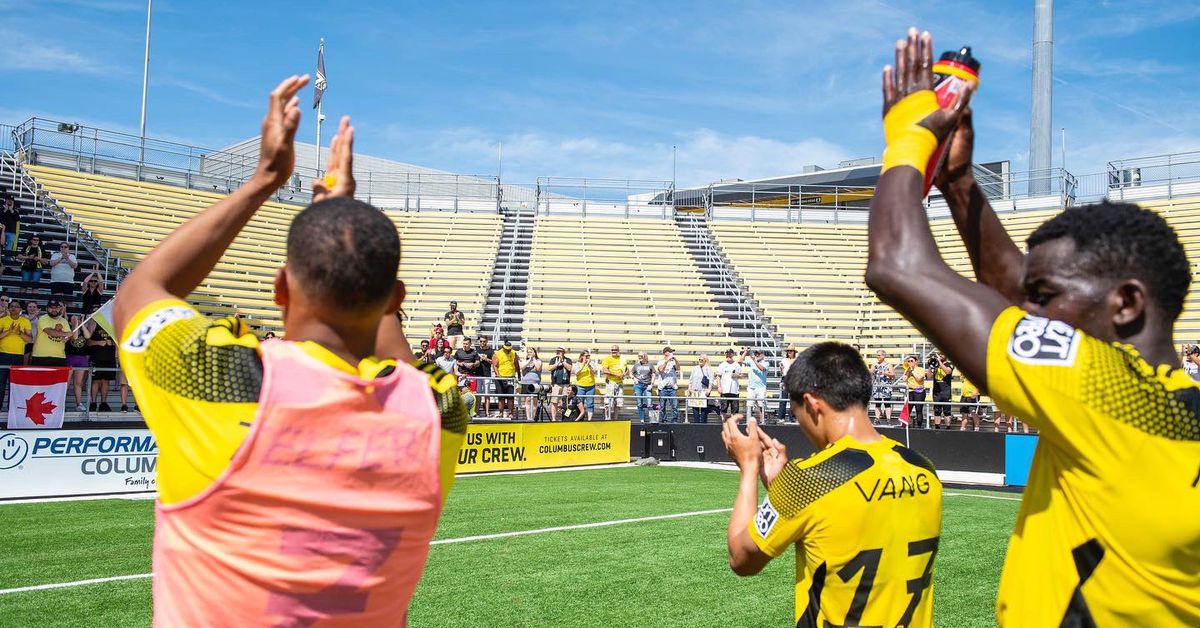 This weekend is going to be a busy weekend of football in central Ohio. The Columbus Crew will take on FC Cincinnati on Sunday night at Lower.com Field in the latest edition of the Hell is Real Derby. But before that game takes place, Crew 2 are looking to right the ship on Saturday against FC Cincinnati 2 at Historic Crew Stadium after losing back-to-back road games, both on penalties, for the first time this season. .

In the first 12 games of the year, the Black & Gold had only lost a total of three games. The next two, however, did not follow the path of Columbus. Both games saw Crew 2 struggle to score after striker and top scorer Jacen Russell-Rowe left.

In the team’s last game last Sunday against FCToronto II away from home, the Black & Gold played their second consecutive penalty shootout, with the same result as two weeks earlier at Rochester New York FC. The match was 0-0 through regulation, with Toronto eventually winning 4-3 on penalties.

“We try to build something deep and not fragile after something goes wrong with us,” head coach Laurent Courtois said of the team’s state of mind after back-to-back defeats in a shootout. “We know the guys are eager to get back to being more aggressive in front of goal, and it’s up to us to make those adjustments.”

This may be the first time Crew 2 has experienced this team’s version of the Hell is Real Derby, but the Black & Gold reserves know how important this match is to the club and the fans.

“This is Crew 2’s first Hell is Real rivalry,” Crew 2 defender Daniel Strachan said this week. “The club told us about the rivalry and we are very excited about it.”

For Courtois, the message of the importance of taking on a rival and coming away with a result has been passed on to his team.

“We know what it means for the club of all age groups to play against FC Cincinnati,” he said. “We insist on two things. The first is to forget the ranking because it means nothing in this kind of games. Second, there are some adjustments we want to make ourselves, depending on what we’re looking to do. »

Perhaps the biggest story of the season for Crew 2 was the emergence of Russell-Rowe, who landed a first-team contract after scoring 11 goals for the Columbus reserve team. But the loss of Russell-Rowe has forced the Black & Gold to look for other ways to score, and so far the team hasn’t found it easy.

“We know how beneficial Jacen can be with us, but other players have stepped up, scored and played,” Courtois said of his side’s performance in Russell-Rowe’s absence. “It’s not so much about an individual. This is how, as a collective, we arrive in dangerous areas. Yes, we can be a bit more clinical no matter who plays, but my biggest concern is the next phase.

Crew 2 is currently atop the MLS NEXT Pro Eastern Conference with 32 points in 14 games played, 23 points ahead of FC Cincinnati 2, who are currently last in the East. The Black & Gold kick off against their state rivals at 7 p.m. ET on Saturday night at Historic Crew Stadium. All MLS Next Pro matches can be streamed live on mlsnextpro.com.