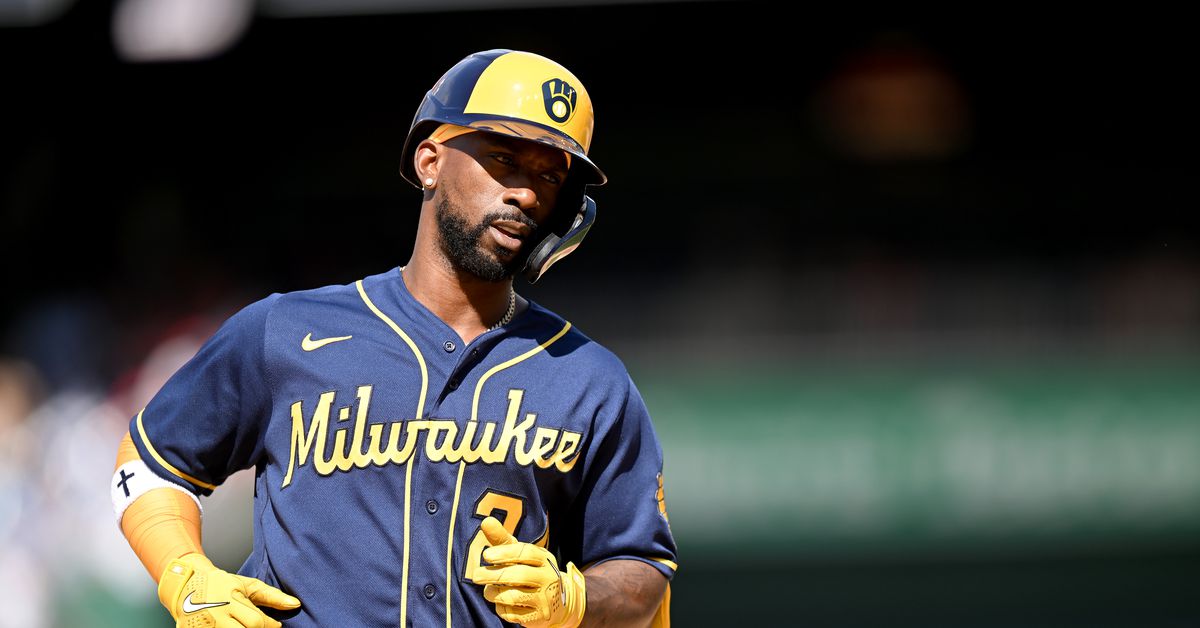 Brew Crew Ball Mailbag #2: You Get Out What You Put In

Happy Friday everyone and welcome to this week’s edition of the Brew Crew Ball mailbag!

The Brewers gave up the rubber game against the Mets last night, losing 5-4 thanks to questionable defense and an ill-advised send-off late in the ninth.

Because the brewers continued to brawl, there weren’t many positive questions this week. Sometimes it’s the tough questions that generate the most discussion. Let’s go.

Why does Counsell continue to play Hiura against LHP?

The Brewers have faced three left-handed starters since Counsell was asked about Hiura’s reverse splits nearly two weeks ago, and he’s started against just one of them. His departure on Wednesday night and any others he gets against southpaws in the future may have more to do with giving Rowdy Tellez the day off than having Hiura’s bat in the lineup.

That said, Hiura’s situation ties into what has been one of my few consistent critics of Counsell for some time. He seems to be primarily interested in laterality when playing matchups while disregarding the statistical splits of the peloton and actual performance. I guess he knows about such splits, but he seems to believe they don’t have much value. This is a point on which I disagree with him.

Do you think Stearns has tackled the offense enough in the offseason given the team’s struggles last year? Personally, I think the exchange of JBJ for Renfroe was a miracle in itself.

It was obvious that the Brewers had no serious intention of improving their offense on the outside. Acquiring Renfroe and dropping Bradley’s contract was a win, even if it meant parting ways with Alex Binelas and David Hamilton. Although it was an important and necessary decision, it did not improve the attack. Instead, he maintained the status quo in right field after Avisail Garcia left in free agency.

After that, the Brewers didn’t add Andrew McCutchen until the new collective agreement officially instituted the designated hitter in the National League. Even then, a contending team should strive to add a significantly better hitter than this one as the primary DH (more on that later).

The front office decided to repeat last season’s formula of pairing an elite pitching staff with a below-average offense. That’s not too surprising considering most of David Stearns and Matt Arnold’s teams have favored run prevention, but it does mean they’ve made next to no effort to improve their roster beyond the hope for improvement from their existing players.

The Brewers’ philosophy is to build a “good enough” roster and let their pitchers do the heavy lifting. This year’s group performed as expected at home plate – they have a 96 wRC+ as a team – and such a performance clears that “good enough” bar.

Milwaukee reached the playoffs last year with this approach. Their goal is to make it steadily through October and hope that a good, fast streak will lead to a World Series championship one of these years. Given the randomness that occurs in the small playoff samples, it’s a sensible thought process.

However, when you build a lineup of mostly solid, non-legitimately threatening hitters, it only takes a few individual drops to create nasty offensive droughts. Such a crisis came at the wrong time last October and resulted in a quick playoff dismissal at the hands of the Braves.

By failing to improve their offense, the Brewers left themselves vulnerable to a repeat of that disappointing end to their season. Ideally, the timing will work more in their favor this time around.

Does the sleeping ball and ever-increasing level of change create a different efficiency pattern that alters the three true bottom line goals of the past few years? (Are the Mets onto something the rest of the league will soon realize?)

Interestingly, the two major offenses in baseball are starkly opposite on the spectrum of the three true outcomes.

The Yankees dominate the sport in wRC+ this year. They do so with a .247 batting average, 21.5 percent strikeout rate and a league-leading 100 homers.

Meanwhile, the Mets rank just behind their American League counterparts with a 115 wRC+. They lead baseball with a .263 batting average, have the fourth-lowest strikeout rate at 19.7%, and rank 20th with 60 homers.

Both approaches have worked so far, but I’m interested to see which proves more durable throughout the year.

The Mets do a few things well to set themselves up for success, namely hitting plenty of line drives (21.3%) and using their speed to eliminate singles on the field (8.8% on-field hit rate in top of the league). However, can they maintain a .277 batting average on ground balls, which is the game’s highest by 16 points? They also have the highest average on ground balls hit against lags, although other teams have shot the ball less and used the opposite court more against lags with poorer results.

I think the Mets are a legitimately strong offense because they hit so many lines and have the speed to take extra bases, but I suspect they also benefit from an unusual amount of singles that could start to dry up at the as the season progresses. Home runs are always hits and score at least one run each time, so I’d say the Yankees’ approach is more sustainable.

However, most teams are neither the Yankees nor the Mets. From a broader perspective, I could see that the softball put more emphasis on gap power and double hitting, but it would take more than the ball to significantly set the clock back. baseball style of play.

Where is the end of the line for Cain and Cutch? Both guys are over 35 and are clearly shells of themselves. Both have been unlucky according to their xwOBA this year, but not so unlucky that a “good” second half seems to be in store for either. Yes, there is money owed to consider. But how long can an attack-starved team continue to lack two players on their active roster who have a combined OPS+ of less than 100?

Cain’s bat is dead. It’s mid-June and he still hasn’t made solid, consistent contact. His decreasing hitting speed allows pitchers to easily advance in the count, forcing him to always be on the defensive. This caused his hunt rate to skyrocket and his walk rate to plummet.

Counsell has already warned Cain to expect reduced playing time in favor of Tyrone Taylor, meaning he could soon be limited to a defensive back-up if he can’t show signs of life at the plate. I think it would take the acquisition of another outfielder by the trade deadline to push Cain off the roster. In the meantime, the Brewers will continue to try to take advantage of his elite defense and clubhouse leadership.

There should never have been a line for McCutchen, at least not against the right-handed pitcher. He hasn’t been an above-average hitter against right-handers since 2019. He struggled for a .683 OPS against them in 2020 and a .650 OPS in 2021.

There was nothing under the hood to suggest he would knock it over either. His hard hit rate and average outing speed against right-handers have dropped to the worst levels of his career. Gamers rarely improve their performance at age 35, let alone reverse negative trends.

Signing him primarily for his ability to smash the left-handed pitcher and the presence of veterans in the clubhouse would have made sense, but the Brewers immediately made it clear they expected McCutchen to be a legit mid-range bat. against all pitchers. at a bat stance only.

I don’t take positions like this very often, but signing McCutchen to fill such a role may be the most indefensible decision made by a front office with otherwise sound decision-making experience. There was no reason to believe he would be a productive hitter from range against same-handed pitching this season, but the Brewers signed him to clean up at bat against those pitchers. The results they obtained are not surprising. They deserve to be blown up for that.

It doesn’t help that McCutchen entered the season with a plan to be more aggressive at the plate. His swing rate in the zone increased by about five percentage points, but that aggressiveness on throws over the plate didn’t help him drive the ball. Instead, he halved his walk rate thanks to more plate appearances ending in inbound outs. Drawing free passes and stealing bases would be much more useful.

I’ll admit, though, that I didn’t expect McCutchen’s performance against southpaws to explode. Statcast thinks he had some bad luck in this area. I’m willing to keep giving him chances to right the ship against southpaws, but beating him anywhere in the top half of the order against righties has to stop. This should never have happened.

The problem with McCutchen benched entirely against right-handers is identifying someone to take his place in the lineup. Many people pointed to Keston Hiura as an option due to his reverse splits. I don’t think Hiura can help this team much in any role if he can’t reduce his strikeouts to a somewhat manageable level, which, unfortunately, seems to be the case. Even after giving up his kick and dramatically shortening his leg kick, Hiura hits nearly 50% of the time and has the worst contact rate of any batter with at least 50 plate appearances this season.

I don’t think it will come to that, but how bad does it have to get for brewers to be deadline-side sellers?

If they somehow end up below 0.500 by the trade deadline, they won’t be buyers. Under that assumption, Brewers would still be trying to struggle in 2023, and almost anyone who attracts projects of commercial interest would be a key member of next year’s team. For this reason, I wouldn’t expect them to become real sellers no matter what. Omar Narvaez might get emotional if he keeps hitting well, but that’s about it.

Why did the Brewers’ season start to deteriorate as soon as the Weekly Mail returned?

Thanks for your questions this week! Hopefully things will improve by the time the next mailbag arrives.

The crew of the USS St. Louis will visit the eponymous city | Community

Chinese fishing vessel and crew arrested for trespassing off Penghu