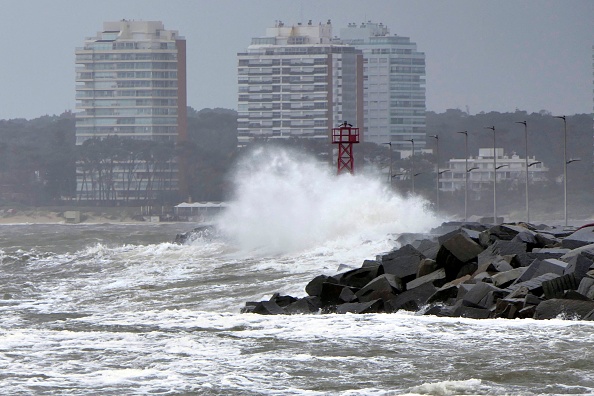 According to a new study from the University of Portsmouth, there has been a significant increase in shipping in the North East Atlantic.

Scientists are now warning that additional monitoring in the area is needed to help keep the sea creatures on the endangered species list.

Researchers from the University of Portsmouth have found that shipping rates in the North East Atlantic region increased by 34% over a five-year period.

The rate of increase in shipping in marine protected areas is much more evident and experts are concerned.

Analysis of vessel movements in these sensitive situations indicated a 73% increase in the same time frame.


The document, published in Marine Pollution Bulletin, is the first comprehensive review of maritime activities in the Northeast Atlantic.

Data from about 530 million ship locations collected by automatic identification systems were used by researchers (AIS).

They looked at changes in shipping from 2013 to 2017 in 10 different ship categories.

According to James Robbins of the Institute of Marine Science at the University of Portsmouth, this change is expected to put increased pressure on the marine ecosystem, which could have implications for the maintenance of exposed and at-risk species.

A renewed monitoring effort is needed to verify that protective measures are sufficient to conserve threatened species in a changing environment with a growing human footprint.

This increase in traffic in marine protected areas may have consequences for the species that these areas are supposed to conserve, according to ScienceDaily.

Shipping can have a wide range of effects on the marine environment, with some of the most serious issues related to the spread of non-native species, noise, chemical and air pollution, collisions with animals and litter. sailors.

Shipping has been identified as a possible mode of involuntary migration for more than half of the non-native species present in European seas.

Once introduced, species can become established and invasive, wreaking havoc on the ecosystems they infiltrate.

The Convention on Biological Diversity has identified invasive species as one of the most serious threats to global biodiversity.

Human activity is endangering the health of the world’s seas. More than 80% of marine pollution is caused by land-based activities.

From coral bleaching to rising sea levels, entire marine ecosystems are changing at a rapid rate, according to National Geographic.

Overfishing is a significant problem in many places around the world.

Conservationists are advocating for the creation of large marine reserves to safeguard ocean biodiversity.

Many agricultural chemicals and fertilizers end up in coastal waterways, causing oxygen deprivation that kills marine plants and seashells.

Wastewater and other runoff from factories and industrial facilities enter the seas.

Oil spills contaminate the seas, despite the fact that sewage treatment plants in the United States discharge twice as much oil each year as ship spills.

Almost a third of harmful pollutants and nutrients that enter coastal regions and seas are caused by air pollution.

Poisonous algae, cholera and other plants and animals have infiltrated harbor waters and upset the biological balance.

According to the Food and Agriculture Organization of the United Nations, 31.4% of fish stocks are overexploited.