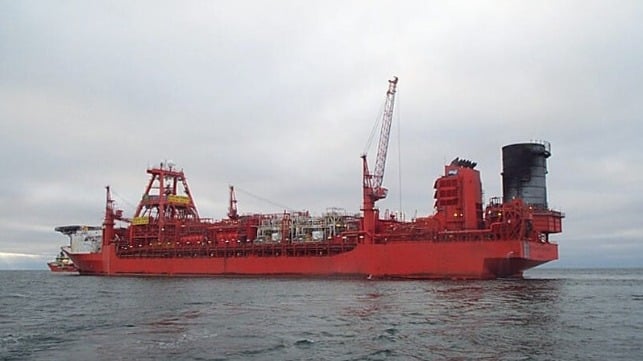 Unionized workers on board the decommissioned FPSO Petrojarl Foinaven have concerns over their latest industrial action. 50 workers plan to go on strike while the Foinaven is under tow to Hunterston, Scotland, and union Unite accuses the operator of doing too little to keep them safe on the journey.

Workers on board the Foinaven are considering going on strike over the terms of their severance pay. Staff involved in operations at the disused rig will be made redundant this month, and the union says the operation’s shore-based employees are receiving a much larger severance package.
s
The union has criticized Altera, the ship’s operator, for maintaining what it calls a “wall of silence” over the safety of the 50 workers who intend to go on strike on Friday. During the strike, Foinaven will be towed from the Foinaven oilfield in the west of the Shetland Islands to Hunterston, an industrial terminal on the Firth of Clyde. The FPSO is expected to reach port early next week.

Unite says Altera has refused to address safety concerns raised by emergency service arrangements for the ship in the event of distress or if a fire breaks out, as workers will remain on board during the strike. Workers include crane operators, electricians, deck crew and production technicians.

A fire aboard the Foinaven occurred in April, causing the temporary evacuation of 30 non-essential staff.

“We remain deeply concerned for the safety of the crew during the tow, which will likely involve around 50 people, for the Foinaven itself, the tugs and the wider environment should anything go wrong,” said Vic Fraser. , Unite industrial officer.

Fraser said Unite had asked Altera if it had been in contact with regulators and other parties involved in towing – such as Maersk, the towing provider – to ensure everyone was aware of the implications of the strike.

Fionaven is owned by a subsidiary of Teekay and operated by Altera on behalf of field operator BP. The oil major terminated the vessel’s contract after suspending production from the Foinaven field in 2021.

The FPSO is about to be decommissioned after decades of operating in the harsh environment west of Shetland. After redelivery, Teekay will be responsible for its recycling, which will be carried out at an approved shipyard in accordance with UK regulations.