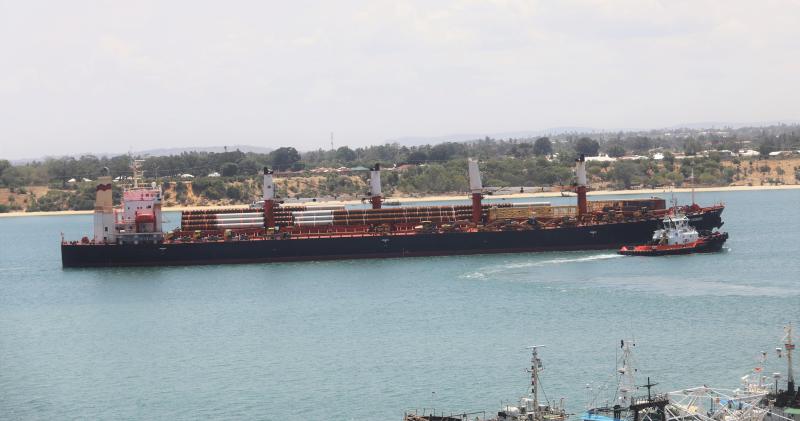 Sixteen crew members of a Kenyan-flagged fishing vessel, Ra-Horakhty, are stranded at the port of Mombasa.

They were reportedly abandoned by the owners of the vessel in March this year and have not been able to leave the jetty at Liwatoni Fisheries harbor since March this year.

The Ra-Horakhty incident adds the crew to the list of sailors abandoned at sea when shipowners leave their ships.

Ms Masibo said the crew were running out of food except for a few old vegetables as ship owners stopped providing them with fresh supplies.

She said crew members they interviewed told them they owed wages over the past eight months were increasingly worried about family members struggling to survive due to the loss of income.

Ra-Horakhty is flown by Indonesian, Korean and Vietnamese nationals.

At first there were Kenyans and Tanzanians on board, but they have since left the ship.

We stepped in to provide emergency aid to the rest of the crew, providing a week’s worth of groceries including oil, meat and rice. Sailors also need fresh water and diesel to run the ship’s generator, ” Masibo said.

â€œWe were made aware of the dire crew situation by International Transport Workers’ Federation (ITF) inspector Betty Makena, who is based here. So we went to visit the ship to assess the situation and see how we could best help. We invited the local Mission to Seafarers team to help us with our response, â€said Masibo.

She said they had had a long conversation with the ship’s captain, who said he and his crew were distressed, frustrated, hungry and exhausted.

Stella Maris understands that the men have all signed one-year contracts, going beyond the limits of the Maritime Labor Convention (MLC).

The contracts of six Indonesian fishermen expired five months ago but they are still on board. They cannot leave the port area because their documents are no longer valid. The crew, led by the captain, have taken legal action, ” she said.

She added that the situation is becoming more and more desperate and no one knows how long a trial will take, but Stella Maris will continue to look after the welfare of the crew and monitor the situation.

In one of the incidents recorded at the port, crew members of an unregistered Zanzibari freighter, Mv Jihan, which was sold to offset crew costs and now decommissioned, saw 11 crew members abandoned on board the ship for almost two years.

The MV Jihan the crew were mainly from Syria and were abandoned in port in October 2019 with an initial crew of 18.

Seven of them returned home, leaving 11 of them counting on mercy among others from the Mission to Seafarers in Mombasa, a section of the Mombasa business community and the Kenya Maritime Authority (KMA) .

With the Covid-19 pandemic at its peak at the time, the 11 spent time aboard the ship which was anchored near the Port Reitz anchorage in the harbor until an admiralty court ruled that the ship is to be sold and the proceeds from the sale are used to pay the sailors at the start of this year. .

According to the International Labor Organization (ILO) Seamen Abandonment Database, 57 vessels have been reported abandoned since the start of 2021.

The ITF and seafarers’ organizations are often the first responders in these cases, advocating for victims and providing them with supplies when low-end shipowners pull out.